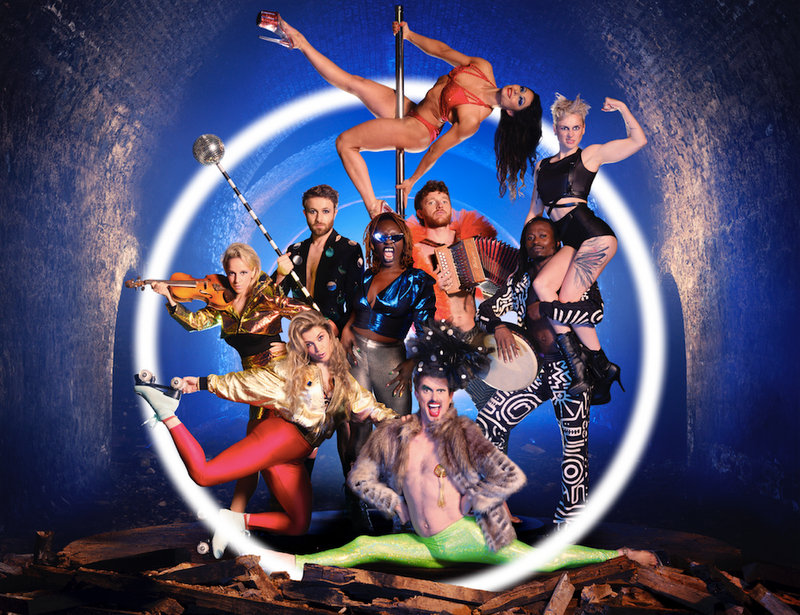 The Dublin Fringe Festival 2022 opened with a bang last night, with the new Cabaret-style show from THISISPOPBABY. This is the follow-up to their much-loved show Riot, which started life in the 2016 Tiger Dublin Fringe Festival as it was in those days, back when Corona was still a beer brand and Wuhan was a far-flung holiday destination. Riot was hugely successful and toured extensively, travelling to Australia, America and Canada. While this new production contains many of the elements of the original production with its bawdy and humourous style, in many ways this show is quite distinct from what went before.

The production is mainly dance based with a number of different teams of dancers. While Philip Connaughton was responsible for the choreography of the piece, he is also one of the main practitioners. He emerges on stage like a drunk, late night at a wedding, wearing a black suit and stumbling around the set, before taking his place centre stage for a song (I Wanna Be Seduced by Mary Coughlan) along with a minor, flirtatious striptease. He also featured in one of the more unusual pieces, as two dancers perform alongside and later inside two large red balloons. 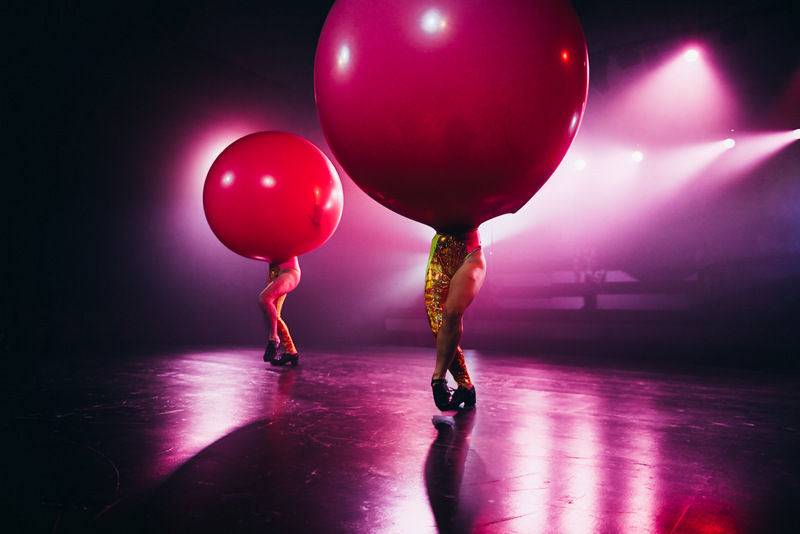 DJ Duncan Disorderly was the main comedian of the group. He was chased onto the stage by a member of the security team before being grappled to the ground. He claimed he had been promised a slot in the show, as his cousin was a member of the band. After he was vouched for by the accordion player saying he was his English cousin or ‘col ceathrar Sasanach’ he was allowed to continue his set! He had a variety of gags about Dublin life and got the crowd on their feet with his sing-along dance anthems.

There were the unusual high wire and aerial displays that always create a moment of spectacle. The skill and power of Venezuelan/ Irish pole dancing performer Lisette Krol particularly caught the eye.

There were a number of spoken word sections delivered by Felicia Olusanya or Felispeaks. They altered the mood in the room, dealing with the essentials of life, with love, sex and death all featured. There was a note of rebellion in the air with talk of what would happen if we all failed to turn up for work or pay our rent on time!

One of the most important elements of the production was how steeped in Irish culture it was. This piece fully embraced our Irish heritage. The music mixed modern club hits with a trad session. The main instruments on stage were the accordion and fiddle, with even a brief episode with a tin whistle. Irish dancing features throughout, and not to be laughed at, but to be enjoyed for its skill and passion. A mass sing-along to Raglan Road touches on our more recent past, like a shut-in somewhere in Castlebar.  It is impressive to see a company like THISISPOPBABY use these elements of our culture and not for comedic effect. Our rich heritage is blended and infused in this modern and thought-provoking piece. It was always going to be good fun, but this is an intelligent piece that also shows a lot of heart. I suspect THISISPOPBABY have another hit on their hands!