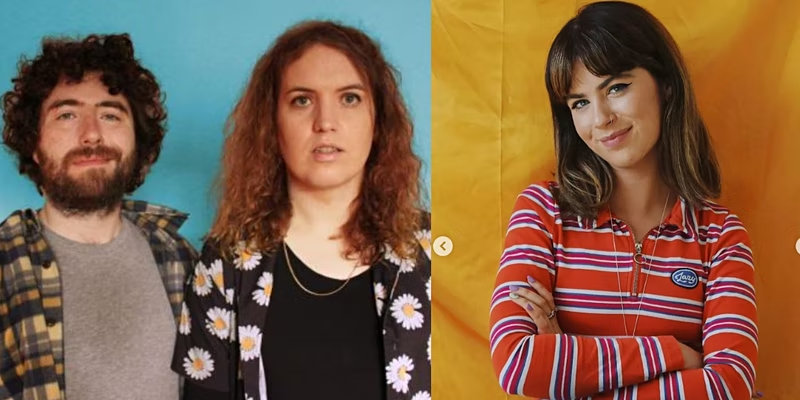 A sort of ‘Work In Progress’ comedy event took place in the Boh Bar above McGeough’s in Phibsborough. MC for the night was Diane O’Connor who warmed up the admittedly small crowd. First up was Emily Ashmore who themed her stand-up routine around a recent knee operation. Not a laughing matter you might think? Well, it proved the opposite as Ashmore entertained with her edgy quips, helped by an entertaining heckler in the audience, dipping into conspiracy theories and daddy issues.

The second act was Allie O’Rourke and Cian Jordan, who will be performing at the Dublin Fringe Festival. Their show was themed around design, specifically bad design, as suggested by the audience. The pair were challenged to improve lesbian footwear, which led to some interesting discussions between act and audience members, whose views on crocs in particular were, shall we say, mixed. An entertaining evening for sure, all three of them will be performing at the Paddy Power Comedy festival on Sunday so if you’re there be sure to watch out for them.