A Call To You – Dublin Dance Festival – Review 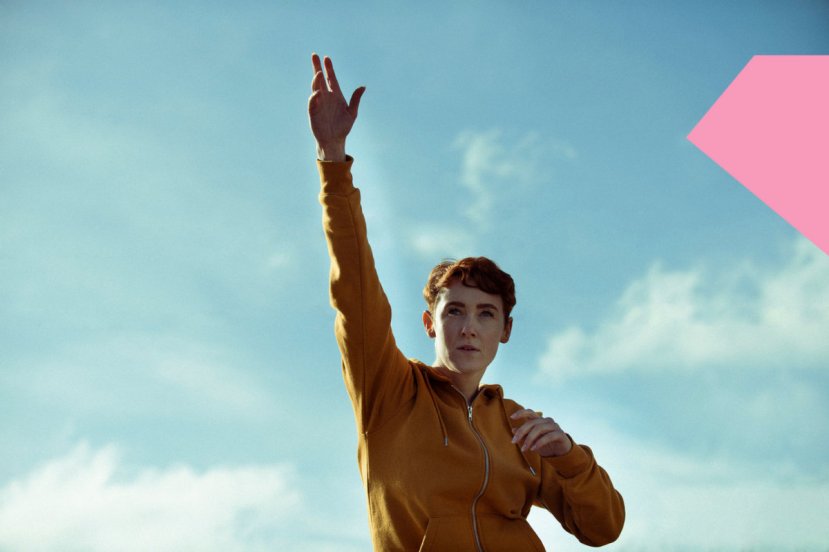 A Call To You – Dublin Dance Festival – Review

We received our first indication that something was wrong on the way into the venue.  We were told that the start time would be delayed by 30 minutes with no further details. My immediate assumption was that something technical had gone wrong. A fuse had blown and they were plunged into darkness, or someone had spilt a can of coke on the sound desk. Unfortunately, things were not as easily solved as replacing a fuse. As we took our seats for the new start time of 8pm we were told that two of the dancers were ill, one only having fallen ill 30 minutes before the original start time! We were not to see a full production of A Call To You, but instead, a reduced version with some substitute performers called in at short notice for certain sections of the piece. One of the performers was choreographer Catherine Young herself, along with one of their producers. I can only imagine how difficult a decision it was whether to cancel the production or not, but despite their problems, there was a lot to enjoy in this production. As Freddie Mercury once sang ‘The Show must go on’!

Despite this reduced format, there was still a large number of performers on stage. There were five musicians visible at the side of the stage; with guitar, bass, drums, cello and a vocalist. The music started slowly and built throughout the event, with the dancers reflecting this transformation. There were six dancers on stage at the start of the production, although this changed several times during the evening, as the performers were added and removed.

The dancers were on stage as the audience took their seats. They shuffled around the set, looking like zombies or creatures from beyond. As the music started to develop their movements also progressed, their limbs loosening and their movements becoming more expansive, until they broke free of the spell entirely!

It must take immense bravery to take to the stage in front of a packed auditorium with little or no rehearsal time. The fear of it all going horribly wrong must have been quite intense, in what was actually quite a technical dance performance. There were segments that involved complex interaction between the dancers, which would require a lot of rehearsal time. The new performers sat in the first row of the auditorium and joined the other dancers as required.

With five musicians and six dancers, not to mention all the crew and technical staff required, it takes a lot of time and effort to get this production onto a stage. Let us hope that this production will be seen as it was originally intended at some point. From the adaptation staged, it deserves its chance! The performers received a standing ovation at the end of the production for their skill and also their battle through adversity! It was appreciated by all.