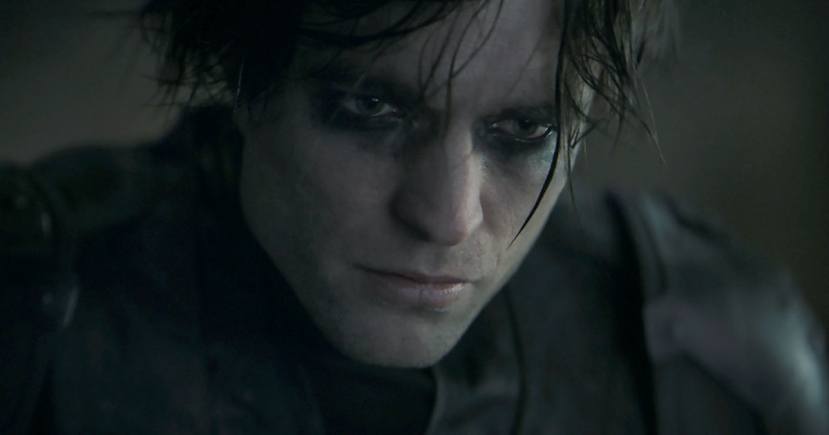 Yes, The Batman has finally arrived. In recent years, we’ve had Batman (Tim Burton and Joel Schumacher series (1989–1997)) and even The Dark Knight (Christopher Nolan) but we’ve never had the definite article (The) used before Batman! I’m not sure it means anything other than they’re running out of ways to differentiate the movies. They must have considered hyphenation (Bat-man?) or maybe even parenthesis (The “Batman”)  but possibly that would mean too many air quotes during the film?

This is a new interpretation of the Dark Knight with Matt Reeves at the helm. Matt’s directorial breakthrough film was Cloverfield (2008). He quickly followed it with a fairly average remake of Swedish baby vampire flick ‘Let the Right One In’ called ‘Let Me In’ in 2010. Since that time, he’s mainly been occupying his mind with Apes, directing both War for the Planet of the Apes & Dawn of the Planet of the Apes to considerable critical and, much more importantly, box-office success. So, what of his attempts with the fourth biggest franchise in film history? He gets most things right in this new version, other than possibly the length of the film, which comes in at butt-numbing 2 hours 56 minutes!

Robert Pattinson plays the caped crusader in this version and it certainly is a different spin on things. Michael Keaton was 48 when he first played Batman. Pattinson is 35 years of age and quite boyish in appearance. He looks the part in the suit, but out of it, he’s quite the brooding emo teenager complete with black eye make-up. You can picture him hanging around the old Central Bank on Saturday afternoons. It takes some getting used to but he just about pulls it off.

The rest of the cast enjoy their moment in the spotlight. It’ll probably be the film that ignites the career of Zoë Kravitz if that hasn’t happened already. She’s a suitably sassy Catwoman, despite what looks like a converted beanie hat for her mask (times are tough it seems). It was obviously a directorial decision but Colin Farrell is basically Al Capone or any other generic-Mafia-type in this film. He even indulges in some scenery-chewing on occasion. He’s enjoyable in the role, but it’s quite far removed from Danny Devito or other depictions of the Penguin. Paul Dano is an Incel in a Ski mask as The Riddler for our times.

The story is fairly convoluted, but it revolves around The Riddler killing some high profile members of the Gotham establishment for their involvement in a nefarious plot. The Batman must discover the details of the plot to find the identity of the Riddler and stop his reign of terror. It’s a basic detective story but you can expect a variety of dead ends, red herrings and even a love story between a cat in a hat and a bat to keep you occupied. Yes, all very Dr Seuss.

As per all the hype, it’s dark! Gotham City Council could do with investing in some good street lamps, as it might reduce the need for masked vigilantes on their streets. This is a stylish and well-made film. It starts extremely well and is very engaging. It’s a pity they didn’t reduce the length as even a small bit of editing could have turned it into a classic. About an hour into the film, I could find my mind starting to wander and it’s hard to keep an audience engaged with a film of this length. Yes, there is some flab, which is, unfortunately, the more human elements of the plot. The touching scenes with Alfred (Andy Serkis) and Bruce could have been left on the editing room’s floor with no real loss. This is at its best when Bruce Wayne is suited, booted and solving crime, which is all the hardcore fans ever wanted.