A Journal for Jordan – Film Review 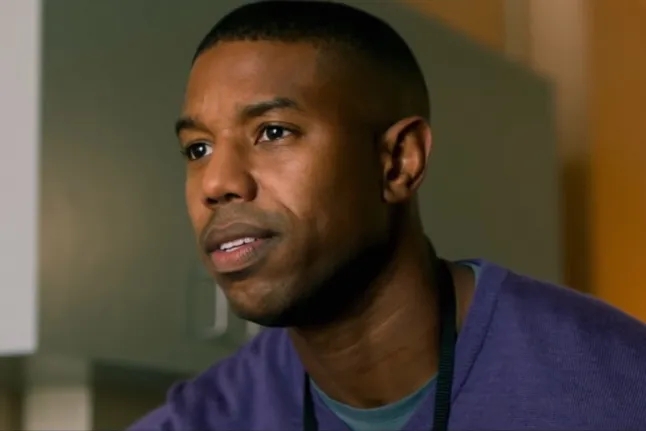 A Journal for Jordan – Film Review
by Fran Winston

This is based on the true story of Pulitzer Prize Winner Dana Canedy‘s romance with the father of her son, which she published as a book of the same name. Her fiancée, 1st Sergeant Charles Monroe King, was a soldier who was deployed in Iraq. He began to keep a journal of love and life advice for his infant son while there. Canedy came into possession of it after his death and shared its contents with her child.

Denzel Washington takes refuge behind the cameras here to bring the story to the screen leaving the acting duties to Jordan and Adams in the lead roles. It is obviously both a sentimental and a sensitive subject matter and Washington seems determined to make this as inoffensive as possible.

We follow the couple from their first meeting (a real “meet cute”) right through their relationship but if you didn’t know this was based on real-life you would swear that it came from a screenwriter’s imagination. Even the uncomfortable parts of the story are treated with reverence and you feel like you are viewing this story through rose-tinted glasses.

Neither actor is helped by a stilted and disjointed script. The dialogue all feels very forced.  They do the best that they can but you never really feel like they have managed to get under the skin of the character. Instead, we get a surface performance that is revelling in the sentimentality of the story while glossing over any of the less savoury parts (and let’s face it – every real-life romance has unsavoury parts).

Were it not for the names attached this could easily have been a lifetime movie. It is heavy on the schmaltz and its entire aim seems to be to tug at your heartstrings. I haven’t read the book but it was a New York Time’s bestseller and obviously resonated with and affected a lot of people. Unfortunately, the same can’t be said for the movie.