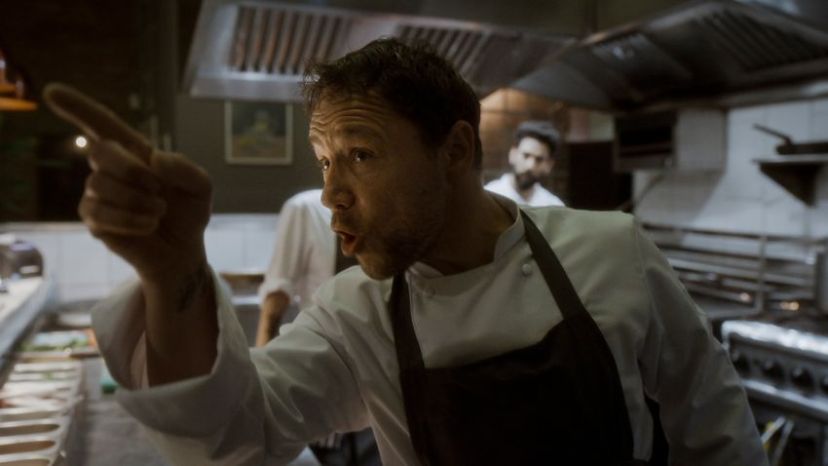 This British one-shot film is actually an expansion of a 2019 short film of the same name also directed by Barantini and starring Graham. Set in a restaurant kitchen this will definitely strike a chord with anyone who has ever worked in hospitality. Following chef Andy Jones (Graham) as he battles his personal demons through a particularly difficult night of service in his restaurant, this truly gives us a warts and all view of life in a restaurant kitchen.

You will cringe as you recognise some of the customers that we’ve all seen at some point. The “influencer” who insists on off-menu items. The patron who refuses to accept that his meat is cooked correctly. The table with severe allergies. Throw a famous restaurant critic and a rival celebrity chef into the mix and the tables are as much of a hotbed as the kitchen.

As pressure builds and tempers flare in the overstretched kitchen all the staff start to feel the strain and Andy finds it more and more difficult to hold it together. Graham does a fantastic job as a man on the edge with his tensions constantly bubbling under the surface. The rest of the cast is also impressive, particularly Robinson as sous chef Carly. She previously gave a brilliant performance as Rosa Parks in an episode of Doctor Who and here she really shows that she can play understated intensity.

The one-shot method (yes, that really does mean that the entire film was shot in one take) helps add to the frenetic atmosphere and must surely have added pressure to all the cast and crew. Kudos to everyone involved as this does manage to flow seamlessly despite this very unconventional and tricky method of filmmaking.

This is a slow burner that builds, quite literally to boiling point. It is intense and gritty and often uncomfortable. It will make you rethink your treatment of restaurant staff and appreciate exactly how tough the work is. But on a deeper level, it will have you contemplating work-life balance and the stresses caused by trying to juggle your career and personal life.

This isn’t the flashiest film you will see this year but it is deeply engaging and thought-provoking and will keep you glued to the end.