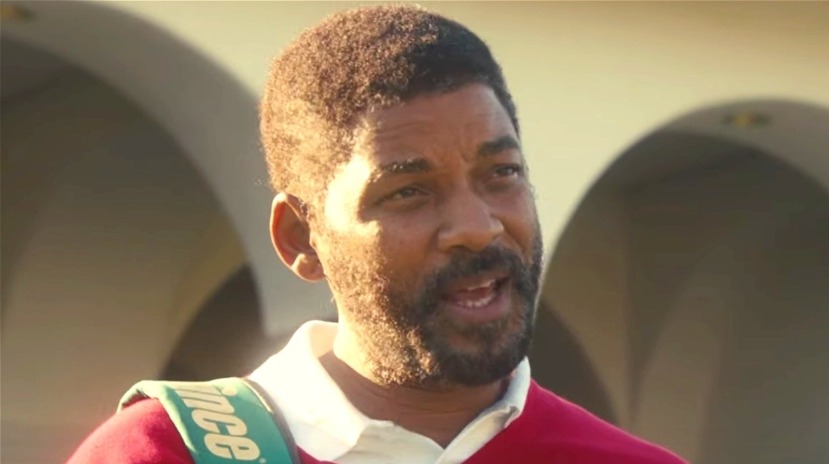 Warner Brothers latest offering is King Richard, a movie based on the true story of the man who ‘made’ tennis legends Venus and Serena Williams. Amongst the Executive Producers are Will Smith, along with Venus and Serena. This is the story of a man driven by ambition to ensure his daughters – he had five – would not succumb to the racial stereotype that denied so many Black kids their opportunity to step up in the Land of Opportunity, the USA.

Rather than follow the frequent narrative of ‘my ambitious parent ruined my childhood’, so often the theme of revisionist success stories, King Richard brings us behind the story and motivation of a controversial figure in US tennis, Richard Williams. He was controversial not just because he had a plan from before they were born but he implemented it from a position of disadvantage, that turned the access routes for this more privileged high earning sport on their heads.  The Williams sisters continue to give back to disadvantaged children in sport today.

What complemented his ambition of course was access. Who in Ireland could get access to top coaches and tennis stars? In America, as Richard proves, it is possible if you are determined. He was certainly that. This movie flies by in a richly layered plot that gives a real insight into challenges, pressure, love, ambition and determination – key ingredients of the American dream of ‘success’.

Firstly, the casting is quite brilliant. The family unit shines throughout with familial ease and intimacy. Though the girls know their ‘stock answers’ to their Father’s repeated queries, they are not oppressed. They share the dream to benefit all. Love and discipline are balanced in this crowded household. The telling of the marital relationship is well handled. Brandi (Aunjanue Ellis) and Richard (Will Smith) are a formidable couple on screen. Smith is in more mature pastures here and he shines throughout. His scenes with Ellis spark and are expertly played, especially when Brandi checks Richard’s excesses. She is in every way his equal. They both seriously impress in these roles.

The child stars are superb. All five daughters shine, but as the plot evolves, the emphasis moves from the title role onto an extraordinary young athlete Venus Williams. This in a way is her movie, thanks in no small way to the brilliant performance of Saniyya Sidney, who is superb throughout. Her athleticism, articulation and emotion is as fine tuned as any seasoned actor. Serena (Demi Singleton) is in no one’s shadow. Though the focus is on Venus the mould-breaker, each scene with Serena whets the appetite for her destiny to be fulfilled too – this is about a plan.

The film challenges the tennis establishment, racial stereotypes and endearingly, parenting that pressures children, while also tries to protect their childhood. It is a complex blend of desires and skillsets that keeps moving from ego, to love, to shattering glass ceilings.

Top class tennis coaches, Paul Cohen (Tony Goldwin) and Rick Macci (Jon Bernthal) are challenged throughout by Richard and the balance of care for the sport and the athlete, in the face of the driven parent brings added tension and compromise. The sport comes out well. Reinaldo Marcus Green directs the lush screenplay (by Zach Baylinwith) with empathy and skill.

This is no saccharin eulogy to American sports icons – it is much more. ‘King Richard’ gives a strong sense of the person, parenting, race, and the personalities of the young tennis stars, which is highly creditable and enriches this well-paced movie.

If you don’t like tennis, you will fully enjoy this layered story of a Black family getting out of the ghetto or as Williams Senior describes it, his ‘Ghetto Cinderellas’. The final word is also his ‘if you fail to plan, you plan to fail’. Plan a visit to see ‘King Richard’.