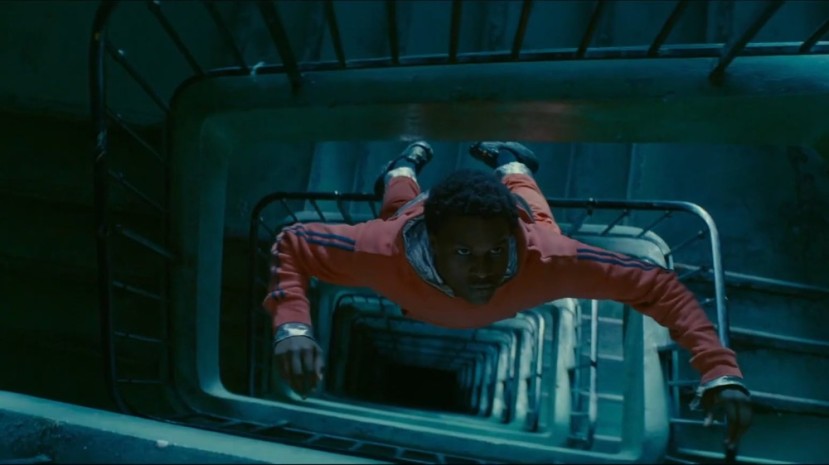 This French drama takes its name from Cité Gagarine, a housing project in Ivry-sur-Seine, on the south of Paris, where the film was shot right before its demolition. The project was home to generations of people who treasured the community spirit despite the fact that there were some less than desirable elements in the area. The apartments themselves had seen better days and weren’t up to regulations.

Taking the real-life clearance of the development (prior to its demolition) as its catalyst this follows Youri (Bathily), a 16-year-old boy who has been abandoned by his mother and who is desperate to hold on to his home. He has a talent for engineering and takes it upon himself to do restoration work throughout the premises trying to bring it up to code. Unfortunately, the task is far too mammoth and with many residents actively seeking relocation a six-month evacuation order is issued and the demolition is ordered. With nowhere to go, he falls through the cracks and remains in the building. Inspired by his and the buildings’ namesake Yuri Gagarine, the soviet cosmonaut, he converts his apartment into something that resembles a space capsule, complete with a thriving UV-lit indoor garden. With only a couple of people aware he is there he settles into a routine existence but with demolition edging ever closer and winter imminent his situation becomes untenable.

This is a wonderful feature debut from Liatard. It benefits from using the actual apartments as a location which gives it a grittiness. Newcomer Bathily is fantastic as the wide-eyed and optimistic Yuri. The story has real humanity and shows the collateral damage of these decisions made by people who don’t have to worry about losing the roof over their heads. In a time when housing and gentrification are huge topics, this will definitely strike a chord with many.