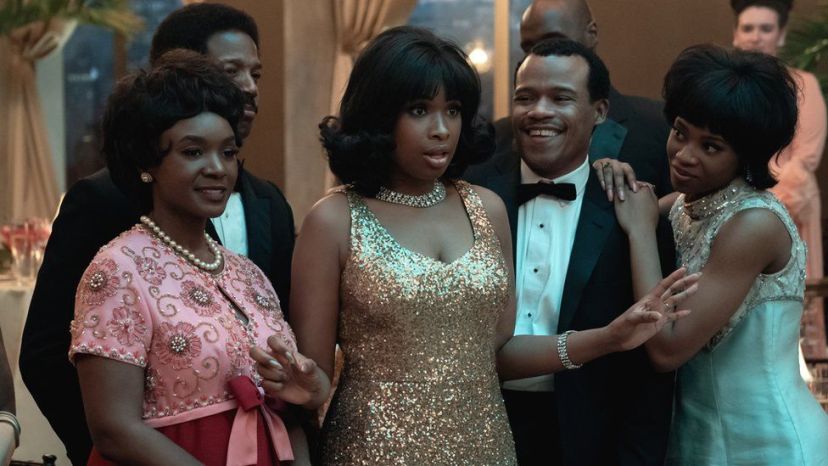 Aretha Franklin was known as the Queen of Soul and was selling out huge venues well into her seventies. She had a big voice, a big personality and, unsurprisingly, a big life, which is the subject of this biopic starring Jennifer Hudson as the legendary singer. It’s interesting that this project was entrusted to a director making their feature debut. Usually, something of this scale would be overseen by someone more experienced. Hudson of course is an Oscar-winning actress and while she doesn’t resemble the icon in the slightest she definitely has the vocal chops.

In a nutshell, this is the story of how the preacher’s daughter, who had her first child at 12 years of age, became a superstar. A lot of time is spent examining her childhood including her mother’s death and some disturbing scenes of abuse (these are not based on anything Aretha ever spoke about, so artistic licence is taken). Her father touts her out as a singer during his ministries and eventually introduces her to record labels. After signing to Columbia we see Aretha desperate for a hit that never comes. But once she signs to Atlantic she suddenly breaks through. This is an anomaly. While she did leave Columbia owing them money due to underperformance, she did indeed have hits, just not at the level she wanted.

Indeed, there are a lot of anomalies here. There is no mention of Aretha being arrested and thrown in jail for disturbing the peace during protests. Her involvement in activism here seems to extend solely to singing at fundraisers but in real life, she was heavily involved in the equal rights movement. Tommy seems to be determined to simply follow the music and chronologically document her career until her 1972 gospel album Amazing Grace.

Hudson does a fantastic job, she is mesmerising, but even she can’t detract from the fact that this is so deferential that it is tripping over itself not to offend the legend, despite the fact that she died in 2018. It is overtly respectful to her at the expense of the story. Her traumas are almost glossed over and we never really get to see their true long-lasting effect on her.

While the music is amazing and this looks gorgeous – the costumes and period details are fantastic – it outstays its welcome at two hours and twenty-five minutes (not just my opinion – I heard people commenting on this in the toilet after the screening).  Astonishingly, despite the length, you don’t really leave knowing anything about what made Aretha tick.