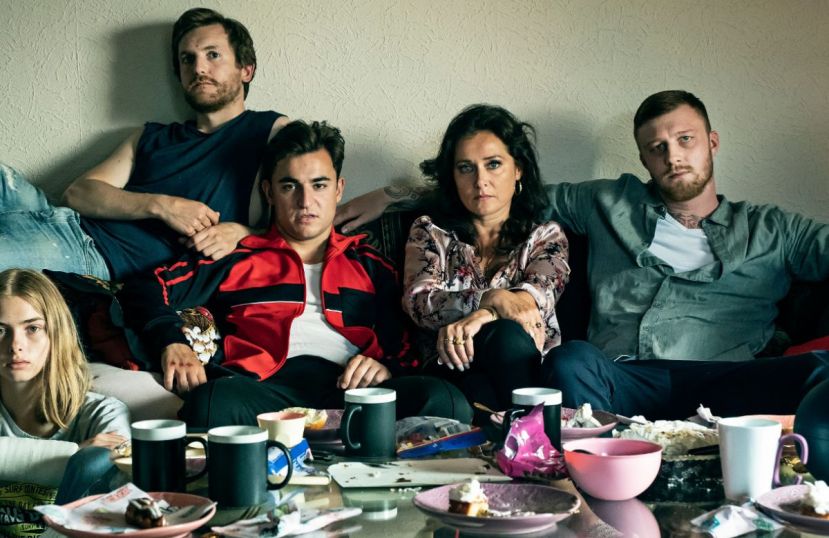 This Danish crime drama is the debut feature from Jeanette Nordahl who honed her craft as a second unit director on Borgen. Obviously, that show has given her plenty of experience in creating atmosphere, something which she does here with aplomb.

It starts off innocuously enough. Ida (Guldberg Kampp), a traumatised 17-year-old whose mother has just died in a car crash, is sent to live with her aunt Bodil (Babett Knudsen). Although she was estranged from Ida’s mother she welcomes the teen into her home, which she shares with her three sons, daughter in law and young grandchild. However, Ida soon realises that their livelihood comes not from the nightclub that her aunt appears to manage but rather from a far more dubious source. And, since Ida is family, they slowly try to suck her into their sinister world. Still traumatised by her mother’s death the timid teen finds herself put in a brutal and uncompromising situation that will allow her to either truly prove her loyalty to her only family or betray them and lose them forever.

Guldberg Kampp gives a wonderfully understated performance as Ida. She manages to say a lot without saying anything. Babett Knudsen is wonderfully Machiavellian as the family matriarch managing to switch seamlessly between maternal and malevolent, The two of them riff well off each other and have some beautiful scenes together.

Nordahl treats much of what could be the grimier aspects of this story subtly, alluding to them rather than showing their full brutality. This makes it all the more shocking when she finally hits us with the gruesome reality of the family’s lives. She has paced this well and it never outstays its welcome. There are no filler scenes here, every single moment moves the story along (many other filmmakers could learn a lot from her).

Dark and gritty this is a deeply disturbing look at how a life can unravel through no fault of the person themselves. It doesn’t leave you satisfied, rather you will be questioning much of what you just saw and analysing the actions of the characters.