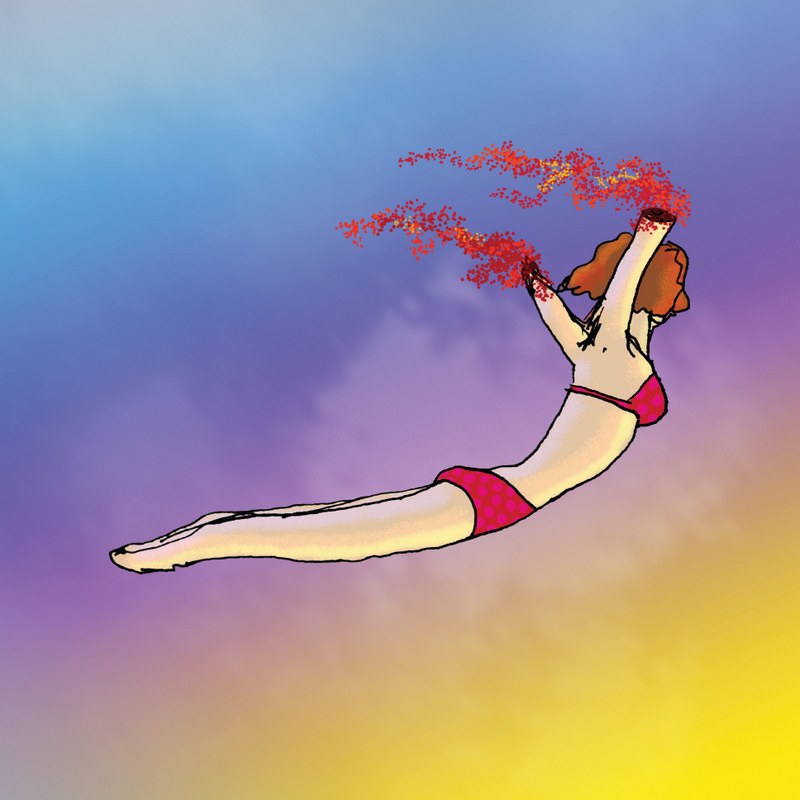 Good to check in with Juliana Hatfield to see where she’s at.  It could be argued the ‘moment’ has long passed for Hatfield, but she continues to release albums at a prolific rate.  This appears to be her 19th (!) album, and there have been numerous side projects also, Minor Alps, Some Girls, The I Don’t Cares, plus occasional dalliances with Blake Babies and the Juliana Hatfield Three.  At the same time other artists have arrived bearing more than a little debt to Juliana Hatfield, such as Snail Mail, Soccer Mommy etc.

This time around, those who remember Hatfield fondly from the mid 90s may be a little disappointed, musically she’s decidedly less raw and grungy these days.  Though opening track Shame of Love features a roughly treated electric guitar alongside a strummed acoustic, which makes for a stomping rock tune.  More typical is the poppy Gorgon, which bounces along pleasantly without making a huge impression, embellished with some snazzy sound effects and a little noise here and there.  The old Hatfield self-deprecating schtick is here in spades, in Nightmary she sings, “I have to punch myself in the face just to get out of bed”.

Splinter zips along nicely, it’s slick and clean, and is one of the more insistent, engaging tracks, and Suck It Up overcomes clumsy lyrics with a pleasant melody.  Chunks stomps along with just enough distortion to keep it interesting.  Hatfield’s voice is still able to hit the heights it always did, and those who like her high-pitched tones will enjoy Mouthful of Blood.  Later, Dead Weight builds slowly into a big anthem.

Overall, it’s a bit of a hit-and-miss album in an inconsistent though never dull discography.  The highs are definitely worth listening out for.