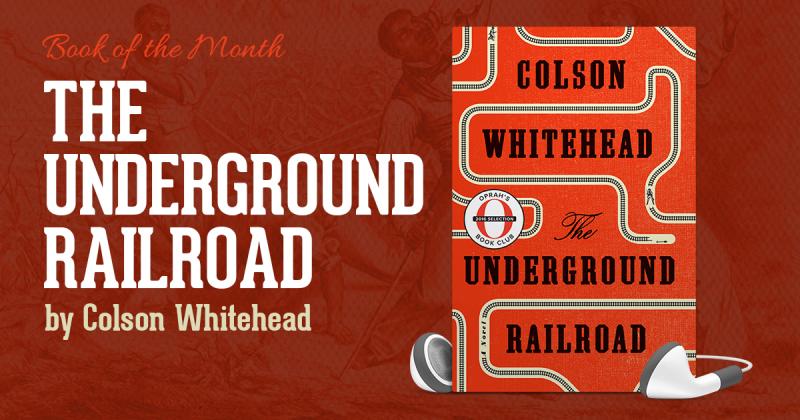 This is the story of Cora, a slave who lives in Georgia during the 19th century. The tale starts with Cora at a young age. Her mother, Mabel, has escaped the plantation and slavery, so Cora is left to her own devicess. She has to fight to survive and grows up strong. She catches the eye of Caesar, a fellow slave who has plans to escape their cruel life by means of the Underground Railroad. The story is told through a narrator, with the majority of the chapters following Cora, but others featuring Caesar, the slave catcher Ridgeway, Cora’s mother Mabel and others.

This is the sixth novel by American author Colson Whitehead. He is a 50-year-old former Harvard graduate. His work often focuses on race and it is key to this work. The most unusual aspect of this novel is that it is not quite based in reality, but instead gives the reader an ‘alternate history’. The main difference is that the Underground Railroad is an actual rail system, where slaves can escape and travel to different locations. It is an unusual choice to have something close to reality but also quite unique. Some could argue that it delegitimises the work but it also allows the writer greater freedom than he would have if it was based strictly on fact. The book is currently being adapted into a TV mini-series by Amazon with Oscar-winning director Barry Jenkins (Moonlight) at the helm.

The book is 320 pages long and gives an in-depth account of Cora’s life, along with other assorted characters. Whitehead is a powerful writer and his prose is very impressive. You can expect many turns of phrase to stick in your mind as you read it. The work has received many plaudits and won the 2017 Pulitzer Prize for fiction. It is not the easiest topic to read about and it can be quite violent at times, as it focuses on the many atrocities carried out on the slaves. It’s a book that is easy to recommend and puts an interesting slant on a well-known story.