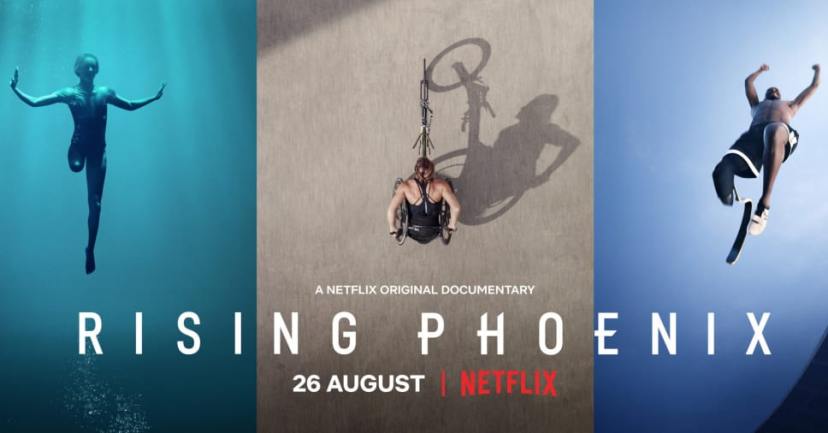 Sport was one of the many casualties of the CoVid crisis and the Paralympics games were no exception. Cancelled due to the worldwide pandemic the athletes who had worked so hard and trained so fiercely suddenly found their dreams of competing at the iconic competition this year were dashed. It is especially poignant as the event had really come into its own since the London 2012 event, which saw record ticket sales which really raised the profile of the competition and led to a worldwide appreciation for the inspiring athletes taking part.

Obviously, the London event features here. But it is only part of the story of the highs and lows of the competition told from the point of view of those involved in it and those who have completed (and Prince Harry who earns his place here as founder of the Invictus Games). From its humble beginnings in 1948, with just 16 competitors (a fascinating story which would actually make a great movie all on its own), to how Oscar Pistorious helped raise the profile of Paralympians, through to the complications they faced just four years ago when there was a very real risk that the Rio 2016 Paralympics wouldn’t happen due to complex financial issues.

Obviously, many of the challenges that the event has faced over the years pale in comparison to those overcome by the athletes featured here.  The stories featured are truly astonishing and a testament to the power of the human spirit. For example, Italian fencer Bebe Vio (whose nickname gives the film its title) lost her arms and legs to meningitis as a child but was determined to continue with the sport she loved. Footage of her winning gold at the last Paralympics is truly joyous to watch. Indeed all of the people featured here are completely inspiring and show astounding bravery and courage.

This almost feels too short and they could have made a series out of this had they wished. There are so many things that feel like they could have been explored further – including some of the behind the scenes issues. The fact it leaves you wanting more is a testament to the subject matter and those featured. Even if sports documentaries aren’t usually your thing this is a fabulous watch. It literally takes you on a roller coaster of emotions and will make you feel grateful for what you have.