Looking Back: Mark Lanegan – Whiskey for the Holy Ghost 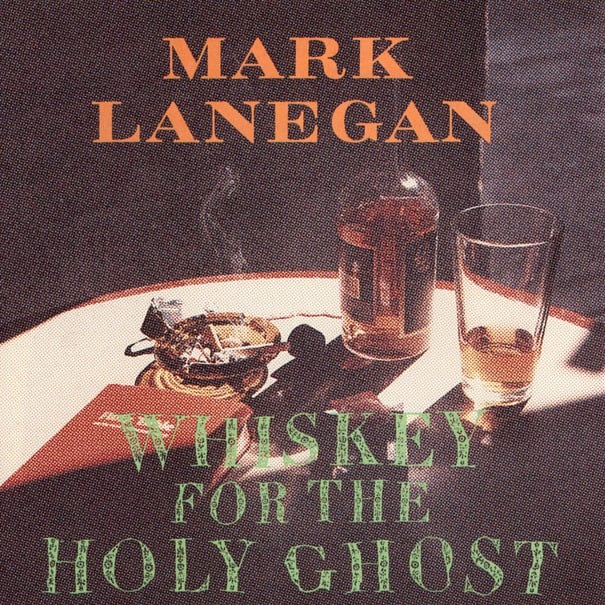 Looking Back: Mark Lanegan – Whiskey for the Holy Ghost
by Killian Laher

As we know from his recent autobiography, Mark Lanegan was in poor health for much of the nineties. For his second solo album, released eventually in 1994, he planned to do it in 3 or 4 days. It took 3 or 4 years. At one point he threatened to throw the tapes in the river. This time he recorded the album with Mike Johnson of Dinosaur Jr with contributions from J Mascis, Tad Doyle and Screaming Trees drummer Mark Pickerel to name but a few.

It starts gently with River Rise, a relaxed strum, unremarkable other than for the incredible vocal performance by Lanegan which showcases the glorious rasp he found on Sweet Oblivion. After this the band tear into Borracho, Johsnon’s furious guitars team up with Laneagn roaring the lyrics, screaming blue murder about how it breaks and breathes and it tears you apart. It’s probably the track here that resembles the Screaming Trees the most.

After this the album settles into a vaguely Americana groove with tracks like Pendulum, El Sol and Shooting Gallery. What sets these tracks apart is the quality of the playing, Johnson’s guitar ringing clear as a bell on the latter. The overall vibe of House A Home isn’t dissimilar from Lou Reed in his late period (New York, Songs for Drella etc). There are some great brooding rain-soaked slabs of bleakness here (Kingdoms of Rain, Riding the Nightingale, Dead on You). On Riding the NIghtingale, there’s a hugely emotive passage where Lanegan sings “mama I’m gonna cry now” and this combined with Krisha Augerot’s backing vocals and the bleak guitar-playing is just glorious misery. Carnival appears to be a simple enough strum but it features some outstanding violin playing by David Kreuger, plucking it initially before letting loose with a solo at the end of the track.

Mark Lanegan takes things right down to a whisper on the stripped-back Sunrise and the barely-there Judas Touch. On the former, the instrumentation is sparse, allowing a saxophone of all things to occupy the space between Sally Barry and Lanegan on vocals.