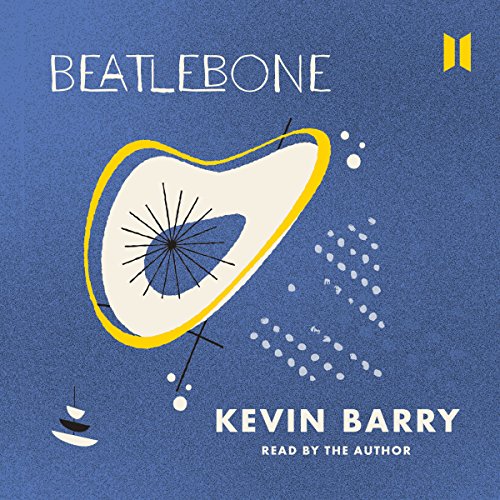 Where can the most famous man in the world find peace and calm? Where can he just be himself without the constant gaze of the media? Kevin Barry poses such a question in this work, as John Lennon visits the west coast of Ireland in search of isolation.

While this is very much a work of fiction, the book does have some element of truth to it, as John Lennon did own an island off the coast of Ireland. The island in question is called Dorinish in Clew Bay, County Mayo. He bought it for the princely sum of £1,550 in 1967. Lennon is known to have visited the island twice in his life, once with his first wife Cynthia, and then later with Yoko Ono. The book follows Lennon on a solo trip to Ireland in 1978 when Lennon was 37 years of age. A trip that happened purely in the imagination of Barry.

The book follows Lennon as he arrives in a small town in the west of Ireland. He checks into a rundown hotel and waits to be picked up by the man who is charged with getting him to the island; one Cornelius O’Grady. Cornelius is a wonderful character who seems to barely know who Lennon is, let alone be in awe of him. Cornelius’ taste in music lies much closer to home, in the world of Country music and the showbands. He helps Lennon in his attempts to get to the island while trying to avoid the press, who are only one step behind.

As with Barry’s other work on Audible, he narrates the work himself. Barry is a natural mimic and actor, and he pumps life into each of the characters, making them warm and rewarding individuals. The only voice Barry does not attempt is that of Lennon himself. The reason for this is not clear, but it is possibly as Lennon’s voice is so well known.

While the work has a hugely famous man at its centre, in many ways it feels like a love letter to the west of Ireland. Barry has born in Limerick and has lived in many locations throughout his life. In recent times, he has settled in Sligo and in a sense, he has an outsiders’ view of the West and its many oddities. These are the moments where the novel really comes to life. We hear the unusual conversations Lennon has with the local men and women and one wonderful scene in a pub where Lennon pretends to be a factory worker from England. The story arc is relatively small but the characters and humour Barry drives into the pages of the book are the real highlight.