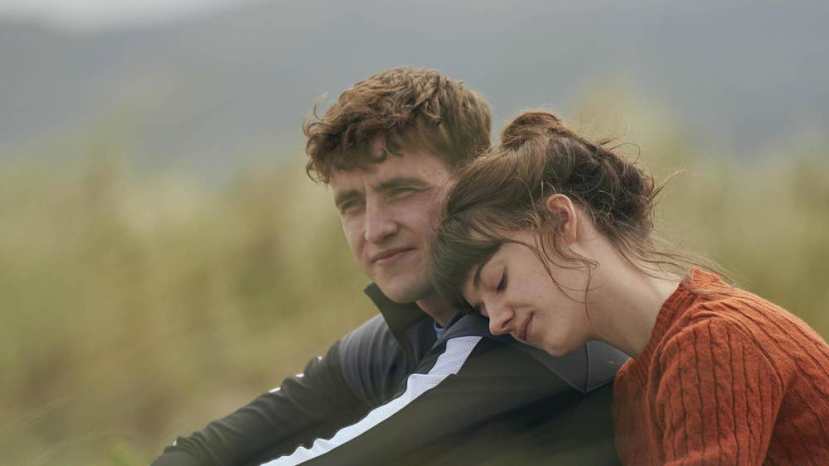 Available to view in full on BBC iPlayer and Hulu. Episodes air Mondays on BBC1 and RTE on Tuesdays. Please check listings for times as they are subject to change.

I will confess from the off that I haven’t read the book on which this was based but a quick glance at Twitter indicated that people were rather fond of it. However, I can only judge my review on the show and not the source material.

Starring Edgar-Jones and Mescal as star crossed lovers Marianne and Connell the series follows them from their first romantic entanglements in secondary school in Sligo, where Connell is popular and Marianne is considered plain and boring. Fast forward to them both studying in Trinity College and the tables are turned with Marianne having discovered herself while Connell is having difficulty fitting in.

Throughout college their paths constantly intertwine and they have an on again, off again relationship but both are struggling to find their way in the world and have difficulty coming to terms with residual baggage from their childhoods.

To say this has been hugely hyped is an understatement so I eagerly sat down to watch it – all six hours and 12 episodes. That’s a lot of storytelling. Which I felt could have been told in less than half the time. I found the pacing incredibly slow, and not in a thoughtful way. More in a “lets get 12 episodes out of this” kind of way. When it was tackling serious issues such as relationship abuse, depression and male suicide it really picked up. But the bits in between often seemed to just plod along for 10 or 15 minutes longer than they should have.

The second half – where the world of the story expands beyond their school and Trinity College – feels far more coherent and stronger than the first half but still could have been considerably cut. To put this in context Gone with the Wind has over 1,000 pages (no matter what edition you buy), covers a 16 year period and the movie was three hours long. Normal People is 266 pages and covers around five years and they take six hours to tell the story.

That aside they have also committed a huge casting sin. Acclaimed actress Sarah Greene plays Connell’s mother Lorraine. However, she is a mere 11 years older than him in real life and only looks about five years older than him. To be honest – not having read the book – I thought she was supposed to be his sister for the first episode and a half. Unless they expect us to believe she gave birth as a pre-teen it is totally disjointing and there are plenty of Irish actresses of an appropriate playing age who could have ably tackled that role.

While Edgar-Jones and Mescal do have a lovely chemistry their interaction often feels quite whimsical rather than romantic. Like they’re conveying a teenage idea of love rather than a real relationship and a lot of their dialogue is of the kind you’d imagine after the event rather than what you’d say in the moment.

This is beautifully shot and has some great moments (like the aforementioned depression and male suicide) but is let down by a plodding pace and an overly ambitious running time. Another glance at Twitter seems to indicate that fans of the source material feel it was perfectly paced (dear Lord, how slow is the book!) so I will no doubt be vilified for this but this really did nothing for me. It was OK but not worth the hype, but having not read the book I’m probably not the target audience anyway.