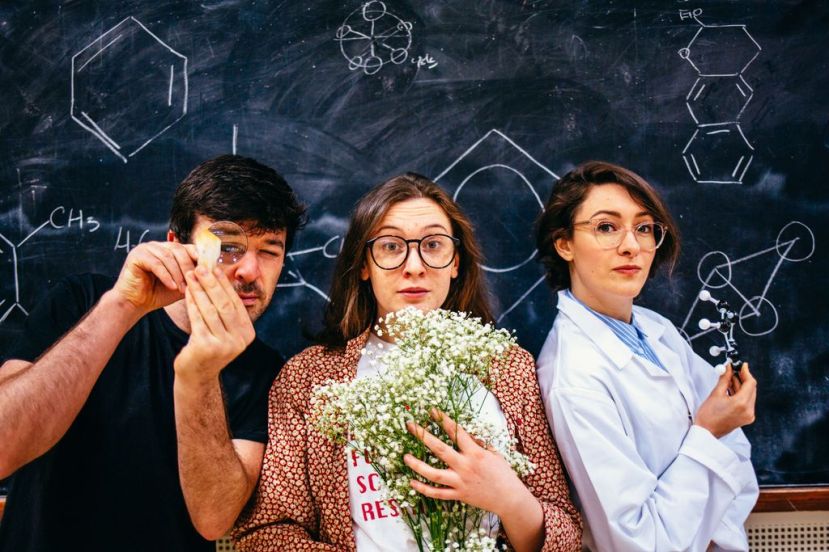 Theatremaker Sian Ní Mhuirí of theatre company Super Paua talks to No More Workhorse about her latest play THE LONSDALE PROJECT, mostly aimed at teenagers (but for all ages really), which is about a little known Irish scientist in Ireland, but who was big news everywhere else in the early twentieth century:

How did you come across Kathleen Lonsdale?

I came across her name when researching a commission for plays about women in science, honouring the Athena SWAN Charter, in about 2017. Amongst the biographies of far too many unsung female scientists, I discovered Kathleen Lonsdale’s story.  I set about finding the answer to several questions. What were Lonsdale’s important contributions to science? (Spoiler – the Benzene ring, and the Space Group Tables) Was she really, genuinely brilliant and impactful as a scientist? Yes, according to Nobel Laureate Dorothy Hodgkin she appeared to ‘own the whole of crystallography in her time’. And finally, why on earth had I not heard of her? Why has popular history forgotten her?  These were the threads I began to pull on while unravelling the story of Lonsdale’s life, and the answers to them are as fascinating as they are complex.

What was it about her that inspired you to write this work?

A number of aspects of Lonsdale’s story stood out to me as being unique. As a conscientious objector, she spent time in Holloway Prison during the Second World War – this was during the height of her career (she was shortly afterwards elected as one of the first two female Fellows of the Royal Society, alongside biochemist Marjory Stephenson).  After her time in prison she became a life-long campaigner for peace and penal reform, and worked extraordinarily hard to balance constant travelling and activism with a life as a research scientist and tenured Professor.  I read her book Is Peace Possible? in a single sitting (a timescale she would admire as she wrote the book, beginning to end, in six weeks) and it made a huge impression on me. I was struck by the depth of feeling and intellectual rigour in her writing.  But even above all of this, above and beyond the strength of her conviction and her prominence within scientific history, I have to admit that what draws me to Lonsdale is the sheer quantity of her workload, the graft and grit it took to just make it through her regular weekly schedule. This is not the most immediately satisfying answer, but I have turned her achievements over and over in my mind since I began researching her work, and I think it’s what I admire about her the most. In a society where mothers often have to pull the ‘double shift’ of full time employment and domestic labour, Lonsdale pulled three shifts, at least – a scientist, a mother and wife, and a relentless activist, and the hours she put into these pursuits were brutal, they would crush your average ‘Great Man’ of history.  I don’t think our history books are able to frame and pay homage to the contributions of many ‘Great Women’, because they do not, or will not, or can not (yet) find a way to discuss and historically reward solidarity of this magnitude. I think The Lonsdale Project is trying to reclaim a space for Kathleen and for her type of ‘Great Person’ – those with such huge capacity for patient, painstaking, thankless work that they keep the world turning for the rest of us, without expectation of glory. 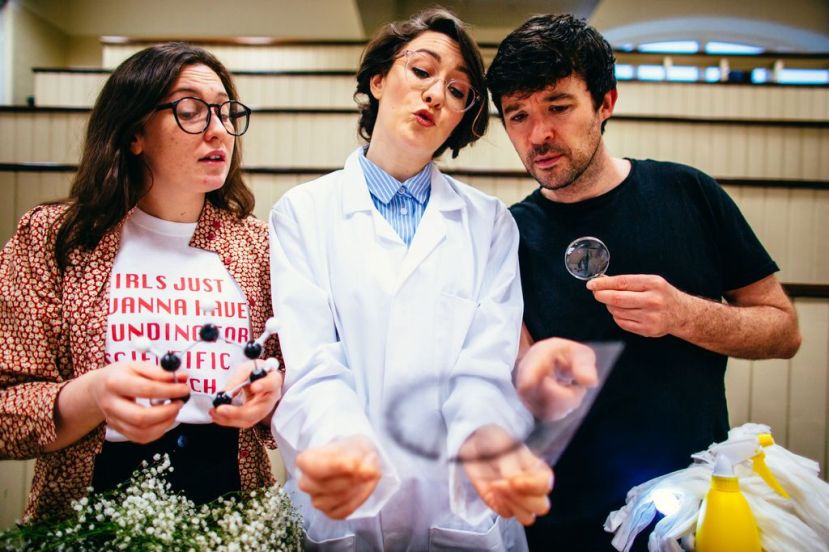 This piece is aimed at an audience from 11+. What is it about a younger audience that particularly excites you? Are they more open to new ideas?

I love making work for young audiences because they are cooler than me, or probably you (unless you are reading this and are, yourself, young). I love them because they are underestimated and overlooked, and I’d prefer to perform for the underestimated than those doing the underestimating. I love them because they do not pretend to like theatre, or dumb jokes, or boring stories because they have to, because they spent good money on a ticket and therefore have to wring enjoyment out of mediocrity – young people are honest, in my experience, and also hard to please. Good on them! Theatre needs more honesty, in every aspect, and some real feedback from audiences is a good start.  I love making work for young people because I enjoy their company, I hugely admire them, and I do not envy the task they have growing up today, or growing into the future they are facing. In reality, The Lonsdale Project is a show for everyone aged 11+, I think adults will certainly enjoy it and respond to it, as well, but what matters to me most is how teenagers will react to it. I’m not sure. They could hate it. But I made it with them in mind, and with all the respect in the world.

This piece is travelling from Newbridge to Dublin and beyond. Will you travel with it or is your work done once it is on stage?

Oh, I’ll travel with it for sure! I love to travel, and I wouldn’t miss a chance to visit Brighton Fringe again or to see the show go up in The Royal Institution. Now that I’m a confirmed Science nerd, I get chills just thinking of The Lonsdale Project going up in the same lecture hall in which Faraday, Bragg and Lonsdale once spoke. Chills!

Are there any other works in the pipeline you’d like to tell us about?

Quite a few! Super Paua is really kicking into gear this year, so Lonsdale is the first of three shows hitting the stage in 2020.  I have an amazing co-production with a New Zealand theatre company this September called Te Rōhi, which will be a trilingual comedy in Irish, English and Te Reo Māori.  My collaborator, Mark Ball, will be directing one of my short kids play about a Basking Shark this summer – hopefully you’ll see it at a festival, library or public park near you!  I also may have plans in the pipeline to do something new with Aunty Ben – Super Paua’s first show which toured in several forms between 2014-2016.  It’s a fantastic LGBT story for children, about a girl whose uncle is a drag queen. We may be looking to revive it in a slightly different form. You’ll have to watch this space, but I promise I’ll keep you posted!