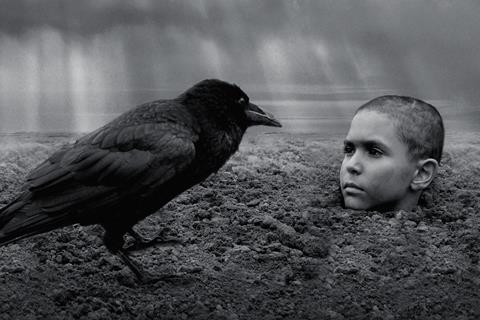 Be warned! The opening sequence of a pet ferret being hunted down and burned to death sets the tone. This is a film which even a sadist may find hard to stomach. Because unless you walk out like some of the festival audiences in Venice, London and Toronto, there will be no escape from three long, lip-smacking hours of torture and violence, no break from a black-and-white tumble through one shocking scene after another as an innocent child is exposed to the worst excesses of human cruelty.

The boy is a Jew, lost and alone in the vast wastes of war-torn Eastern Europe. He wants to go home (the only words he speaks in the entire film) but has no idea where his home or family might be found. Stumbling from the ‘protection’ of one deranged adult to the next, we watch gratuitous incidents of pain, rape and appalling brutality turn sweet trust into murderous despair.

This original story by Jerzy Kosiński, initially celebrated as his great autobiographical work, was exposed as fantasy some years after publication. Now Czech director Václav Marhoul’s adaptation into film adds another dimension to such lies. Perhaps Marhoul, too, believes that war makes beasts of us all. But though one might argue that many of these awful events did happen to people in WW2  (some of whom accused Kosínski of misappropriation) and that a lost Jewish orphan would have been more vulnerable than most, somehow the sheer evil of every single adult the child  meets – with the exception of a priest and a German soldier – reduce any artistic pretensions this film might have to a cartoonish sado-fest.