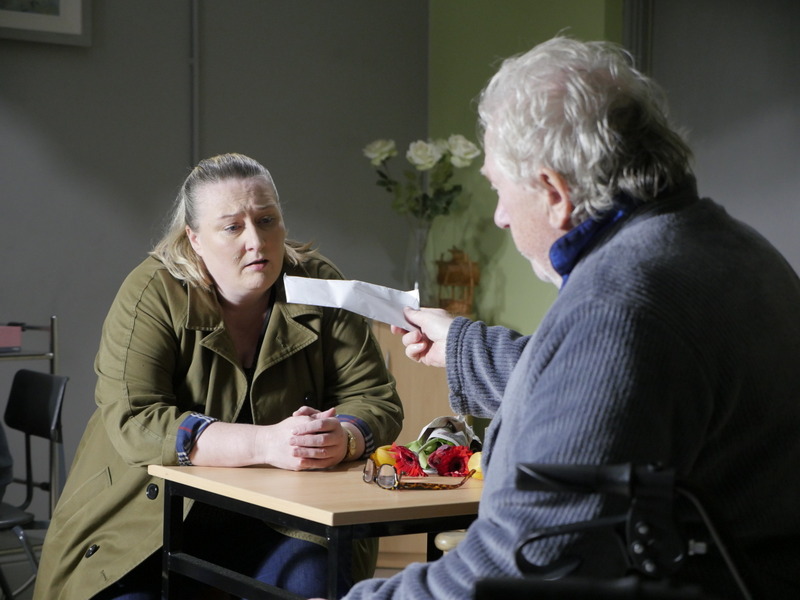 Michael Harnett’s play, The Noble call, is proof once again of how good theatre needs no gimmickry or self-regarding ‘cleverality’ or imposed innovation, just a commitment to telling the story which is exactly what Harnett and his team do so well in this two-hander, directed by Elyn Friedrichs at Bewleys Theatre Café. In fact, the threads of several stories are woven together skilfully into the main narrative. Unseen characters – and even some dead ones – are evoked deftly through incidental references, so that they flesh out and explain the lives and emotions of the two characters on stage, Da and Mona.

Harnett’s fine ear for natural dialogue is done full justice by Vinnie McCabe and Noni Stapleton, ailing Da and supportive but exasperated Mona, as they take us through a beautifully paced exploration of child-parent relationships, with their share of mistakes and misunderstandings, dealing with the onset of serious illness and arrangements for what will inevitably follow. However, the seriousness of the issues is treated with humour, warmth and humanity, so that misunderstanding and resentment eventually gives way to insight and empathy.

Shuffling, wheezy Da, still enjoying the pleasures that caused his illness, is given to moments of coarseness and frustration, as well as tenderness and vulnerability. McCabe has the measure of every emotion. Stapleton’s Mona is no less convincing, a dutiful daughter, doing more than her share in the family, dealing eventually with an unexpected revelation. The only reservation about the play is this twist, more specifically the improbability of how and where it is revealed. However, this seems a mere quibble; this lunchtime play is a particularly rewarding, hour-long piece of theatre, with acting and direction of the highest order.