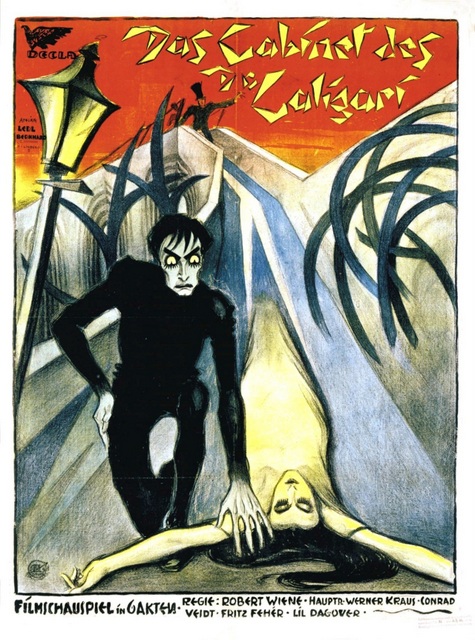 The Cabinet of Dr Caligari is a German silent horror film from 1920, which directed by Robert Wiene. There is a screening of the film taking place in St. Ann’s Church, Dawson street which will be accompanied by a live score, with musicians including Adrian Crowley, Sean Mac Erlaine, Matthew Nolan and Barry Adamson.

“Join us to celebrate one of the most iconic masterpieces in cinema history; Robert Wiene’s Das Cabinet des Dr Caligari shook filmgoers worldwide when it premiered in Berlin on February 26th, 1920. It changed the direction of the art form like no other film has since. Now presented in a definitive restoration, the film’s chilling, radically expressionist vision is set to grip viewers again.

At a local carnival in a small German town, hypnotist Dr. Caligari presents the somnambulist Cesare, who can purportedly predict the future of curious fairgoers. But at night, the doctor wakes Cesare from his sleep to enact his evil bidding…

Incalculably influential, the film’s nightmarishly jagged sets, sinister atmospheric and psychological emphasis left an immediate impact in its wake (horror, film noir, and gothic cinema would all be shaped directly by it).

Introduced by Dr Piotr Sadowski and presented in partnership with DBS Faculty of Film and Creative Media.”