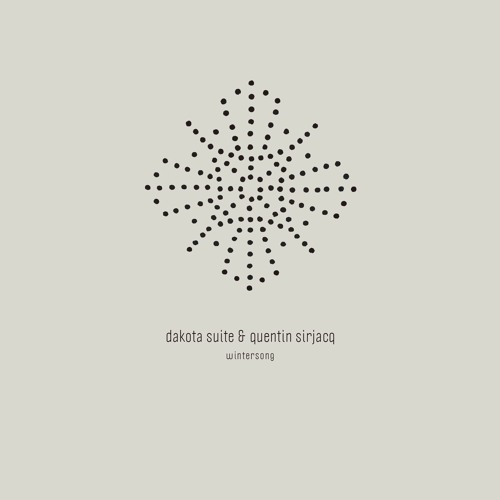 I have bought a LOT of music this year, as always:

Resavoir’s self titled record was marvellous, amazing Chicago scene jazz.  Black Taffy’s ‘Elder mantis’ I thought was a spectacular mix of beats (something I am increasingly liking), out of tune harps and vibes.  Very, very good.  I cannot possibly fail to include my good friend and sparring partner Quentin Sirjacq’s record called ‘Companion’.  A stellar record, Quentin continues to prove why he is one of the most incredible musicians currently composing, he should be far more well known than he is.  Check out ‘Choral’ from that record and see why.

Helado Negro’s record ‘this is how you smile’ was also super.  It’s unbelievably tender but piano beats and more likely to be music I play if a club asked me to do a DJ set.  I went to Iceland on holiday and found a band called ADHD and bought all the music I could find by them, the latest ADHD7 has some lovely tracks on it, including Ró Ró.  Lovely quiet pensive jazz.

I really love Sakamoto’s live record with Alva Noto (‘Two’).  That’s brilliant, as with his last few releases Sakamoto is showing how a master does things.  ‘Personal Rock’ by Gramm was a record I listened to over and over, lovely beats and smokey instrumental ambience.  Not new per se but issued on vinyl for the first time.

In the new jazz category I liked things like ‘Universal Beings’ by Makaya McCraven, lovely playing on that record and again a nice blend of jazz, soul and urban grooves.  There has been a lot of music like this recently and it is to be encouraged.  ‘Echo’s Verse’ by R Beny was also, I thought, a spectacular record, very distressed tape music, not a million miles away from something that sounds like Basinski blended with a more tunes and elegance.

I tend to veer away from anything remotely ‘new classical’ these days, there’s just been so much of it, and once you have a certain amount there’s no need for more.  It’s also becoming so ‘Starbucks’, yes you Messrs. Frahm and Arnalds.  But the record called ‘Shifts’ by Shida Shahabi deserves some mention as I think it was the only such record that I felt compelled to buy this year.  The track ‘Futo’ is amazing.  The record ‘III’ by Berasin Quartet was also lovely.

Possibly my favourite record of this year was “Finding Gabriel’ by Brad Mehldau.  This is such a perfect example of what music can be going forwards, a blend of jazz, choir, funk and ambience, all wrapped up with political anger, an incredible statement from perhaps the most important artist of the past decade.

Live, I saw Aaron Parks play in London and that was one of the best shows I have ever seen, immense.  I look forward to what comes next with that band.  AA Bondy was also incredible, there were about 5 people at his Leeds show and I doubt anyone will ever see anything like that again.  That record is great (Enderness), and the live show was like a mix between vaudeville and mime, spectacular.

Yes I do.   My personal highlights would be stuff that melds jazz and a new approach, so a lot of the stuff on ACT Music like Tonbruket (their latest record ‘Masters of Fog’ is immense, particularly the song ‘The Enders”).  I also like the stuff that’s coming out of the new UK jazz scene, like Ill Considered and Nubiyan Twist, Kamaal Williams and that sort of thing.  There was a fantastic record in this vein by Damon Locks and the Black Monument Ensemble, called ‘Where Future Unfolds’, this is music that Kamasi Washington should be making.  His record last year was one of the biggest disappointments ever as far as I am concerned, and it pains me to write that.

Greg Foat continues to make some of the most innovative music I have heard this decade, and his latest  ‘The Dreaming Jewels’ is no exception.  Lovely mix of old school electric piano jazz with shifting spectral bits here and there which elevate it.

The re-pressing of a lot of the Japanese ambient music from the late seventies and eighties pleases me.  It’s about time that people got familiar with people like Hiroshi Yoshimura, Satsuki Shibano and Satoshi Ashikawa.  But this decade for me represents a proper exploration of newness, and not being constricted by ‘genre’, there’s a lot of spectacular music being made I think.  Badbadnotgood have made great strides, which I like and the Brad Mehldau record is a good example of what I like about music development this decade.

I don’t know really.  For me there is certainly a question mark over why we need CDs.  The quality of the music is poor, same with cassettes, so I think that these particular formats are pointless.  That is why my new record is only available on vinyl and high res download.  Hopefully not just because that mirrors my own listening habits, i.e. vinyl for the house and high res for my player on my motorbike:-)

There are deffo some records that I am happy to play via my Sonos but generally if I want to ‘hear’ the music, it’s my turntable all day long.  I know that some streaming sites make people nervous, and for me as an artist the revenue streams from people like Spotify are criminal.  This should be outlawed, it’s like people feel at this point that music should be free, but living a life that enables the creation of music, certainly of the sort that I make, is so emotionally intense, it’s shocking to think that we should be expected to make those things without any recompense.  Especially if like me you are someone who doesn’t find playing live an easy thing to do and does it very rarely, which is the alternative income stream that people who like ‘free’ music point to for artists. We aren’t all like that people!

Not really.  I have always had a dispersed music interest and not been too confined by genres, if it was good music, that was OK by me.  What I would say is that I have learned to appreciate the wider aspects of hip hop, that was not the case ten years ago.  Back then I appreciated NWA, Public Enemy, etc, but I felt it was a uniquely black music around struggle, which I couldn’t necessarily relate to.  However, I have learned to really love Gang Starr and other folk like that very much and I like the hybrid jazz/hip hop/dance crossover stuff that is happening now.  That Billy Woods & Kenny Segal record was amazing (Hiding Places).  So was the ‘Nothing Great About Britain’ record by Slowthai.

Yes, definitely.  As I have said to you previously, music, both making it and ingesting it, is akin to breathing for me and just as important.  I could not imagine living without it.  There are moments within music that have me breaking apart and being reconstituted at a molecular level.  It’s hard to explain but nothing else in life does what music does for me.  It literally saves my life.  So when I hear the song called ‘Small Planet’ by Aaron Parks for example, the starting melody is amazing, but then he does the descending motif at 2:20 it makes me fade into the atmosphere in my listening room to the point I cannot feel my body.  There are also some double kick movements which just make me want to scream with joy like at 04:28.  It’s incredibly elemental and I feel lucky to have music impact me in this way.

Well I am utterly distressed politically and socially, I cannot see how we get from where we find ourselves at the close of this year, to a place where we start to look at what we need and what conversations need to take place in the places where people live, i.e. not fucking London.  People are yearning for magic, aching for something else, and this way of being both politically and socially isn’t affecting any substantive change for those who need it most.  If there is one thing that sustains me in this darkness, it’s that we do now have to start looking to meet with people in their communities and ask them how it is to be them, here, now, and ask what will take them on and how we need to do it.  Big decisions need to be made, a new way of doing politics for those who feel this current way does not speak for them at all needs to be pursued, and fast.  I fear for my children and my neighbours, but I know that there is a way.

I have decided to call time on my commercial musical output.  I cannot really tolerate the emotional impact on my mental health that making music induces any longer.  It is such a dark space I need to inhabit to get the music out, and I just fear for myself if I keep doing it.  It’s like losing a bit of yourself each time you spend prolonged periods of time there and I recognise that for my own well-being I have to stop.  I will continue to make music for myself as I need to do that for meaningful catharsis to take place in my life, but I won’t be sharing any of it with the world any more.

So the last release I have is ‘The Indestructibility of the Already Felled’.  I am really pleased with how that turned out, I knew that it would be the last thing I made, and the plan was to just go into a space without any pre defined songs and write from within.  It was a very special time for Quentin and I.  We were able to record in an old hall in Yokohama in japan, one of the best memories ever.  It will be released on 31/01/20.

The Indestructibility of the already felled – an album teaser