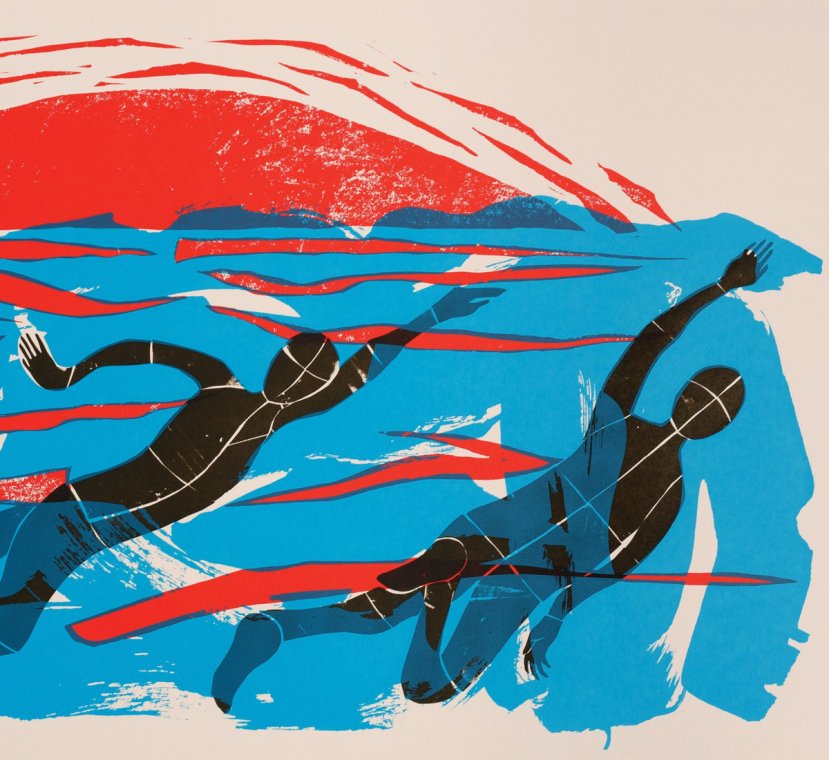 Having consulted the rest of the band I would say that 2020 from Richard Dawson was probably our album of the year.  Gig of the year for me was seeing Jonsi & Alex play Riceboy Sleeps with the London Contemporary Orchestra.

In the spirit of diplomacy here is a selection of albums we were all listening to this year: Mount Eerie – Lost Wisdom part 2; Big Thief – UFOF; Weyes Blood – Titanic Rising; Fionn Regan – Cala; Jonsi & Alex – Lost and Found; Slowthai – Nothing Great about Britain

It’s been a great decade for music.  Again through a (sort of) consensus we would probably suggest Sufjan Stevens – Carrie and Lowell as a possible album of the decade.  It’s an album that you wouldn’t change or alter even in the slightest. Other notable mentions: Dirty Projectors – Swing Lo Magellan; Joanna Newsom – Have One on Me; Bon Iver – Bon Iver; Low – Double Negative; Jenny Hval – Blood Bitch

It was a privilege to see some great live music performances over the last decade, many in Cork.  The ultimate highlights probably included Bonnie Prince Billy in the Opera House and definitely Stars of the Lid in the Triskel and also Microdisney at the NCH and Cyprus Ave, Bon Iver at the Opera House, Efterklang at St Lukes, Papa M in the Crane Lane as well as Jóhann Jóhannsson in the Triskel.  Over the decade it was particularly sad to lose Jóhann Jóhannsson recently along with Mark Hollis and David Berman.

I think this seems almost unstoppable.  People don’t seem to actually own music anymore which is a pity for a number of reasons – not least the fact that it’s a lost income stream for the artist.  Owning a CD (or even better an album on vinyl) also entices the listener to listen to the entire piece of work. Having said that I don’t think that the concept of the album is dead as was suggested a few years ago.  A lot of this years’ ‘albums of the year’ are complete pieces of work and work as ‘albums’ in the traditional sense (for example releases from Weyes Blood, Girl Band and many others). I tend to use streaming to discover new artists and then buy what I like.  If there is a positive to streaming it’s the ability to find and hear things you never would have found – including relatively unknown artists.

Not really, though I’m probably more into new classical and ambient music now than I would have been back in 2010.  I must admit my musical taste hasn’t changed that much and I’m thankful that my old favourites Bill Callahan, Bonnie Prince Billy, Sun Kil Moon, James Yorkston, Adrian Crowley, Joanna Newsom, Low, Nick Cave and Lambchop are still producing music of genuine quality.

Yes, just as important, and I’m probably discovering more new music now than ever.  Boa Morte came back to music making after a couple of years hiatus and the process of making music tends to focus my interest in music in general.

How are things yourself after the release of the recent album?  Have you any interesting projects going on down the line?

For me the most enjoyable part of making music is the writing and recording process.  So for our recent album we enjoyed being back in a studio, putting the songs together and changing direction slightly.  I suppose we did it without even thinking about how it might be received. It was heartening when it got some good reviews and some of the UK press in particular picked up on it.  Down the line we have a few gigs coming up in London next year with our London-based label Gare du Nord records, and we’re going back into the studio again to record a bunch of new songs.