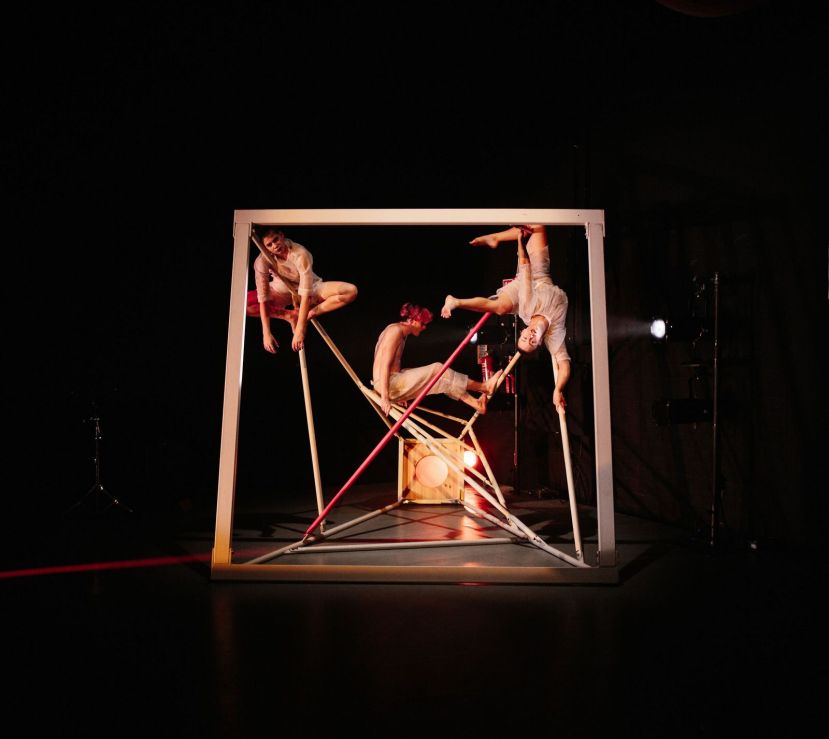 Mother of Pearl – by Emily Aoibheann

There was a step back in time at the beginning of this production. The stage was hidden from the audience by a black curtain. It was manually pulled back by two young women when the performance began. A blast from the past.

What was revealed was a single female figure, clad in a rhinestone-encrusted leotard, standing with her back to the audience holding aloft a substantial stone. To her left, seated at the side of the stage, were three figures enshrouded in different coloured cloths. The stage was filled with a variety of strangely shaped items, again covered by sheets. 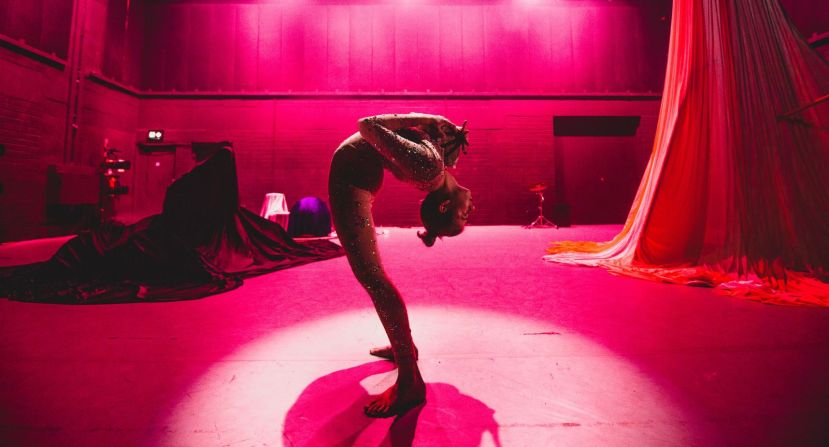 The female figure was that of Cathi Sell, who moved very slowly, into unlikely contortions, while all the time holding the stone. The seated figures revealed, over a period of time, three musicians: Emily Aoibheann, Ciaran Byrne and Ronan Jackson. Later, the two other dancers revealed themselves; Becky Neal and finally Michael Gillick. Sell and Neal carried out difficult and abnormal movements on the ground reminiscent of those seen in a circus by a contortionist while Gillick moved through and around the vertical structure using his hands and feet as if it was the habitat into which he was born. The musical accompaniment gradually builds while this is happening as the three dancers, all of them now elegantly, subtly and androgynously attired in a diaphanous material, move far more rapidly about the stage than at the outset. 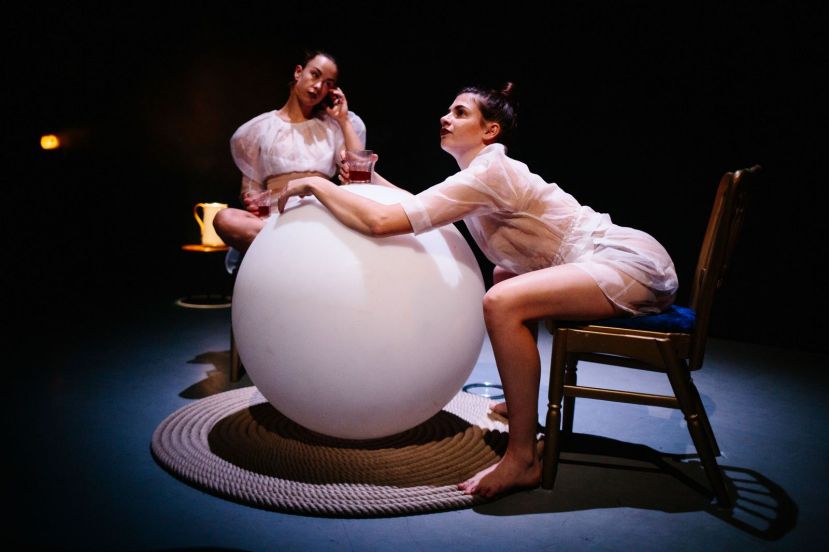 As the tempo increased, the three musicians become involved to an extent with the dancers. But their everyday clothes made their presence seem out of place with the world of the dancers. Perhaps if their attire had been more in sympathy with that of the dancers it may have helped in creating a greater sense of cohesion.

There are several disparate elements in the piece which seek to represent ‘the dismantled natural world’ which is sacrificed by the so-called civilised world in the name of ‘human progress’ and the resulting antagonism. The very slow beginning, with the stone held aloft symbolising the natural world, with little or no musical accompaniment creates a sense of nervous apprehension. It is only when all three dancers and the musicians have been revealed that the piece becomes more confident and sure of itself. Maybe a greater use of the musicians at an earlier stage would assist, as initially, they are almost silent.