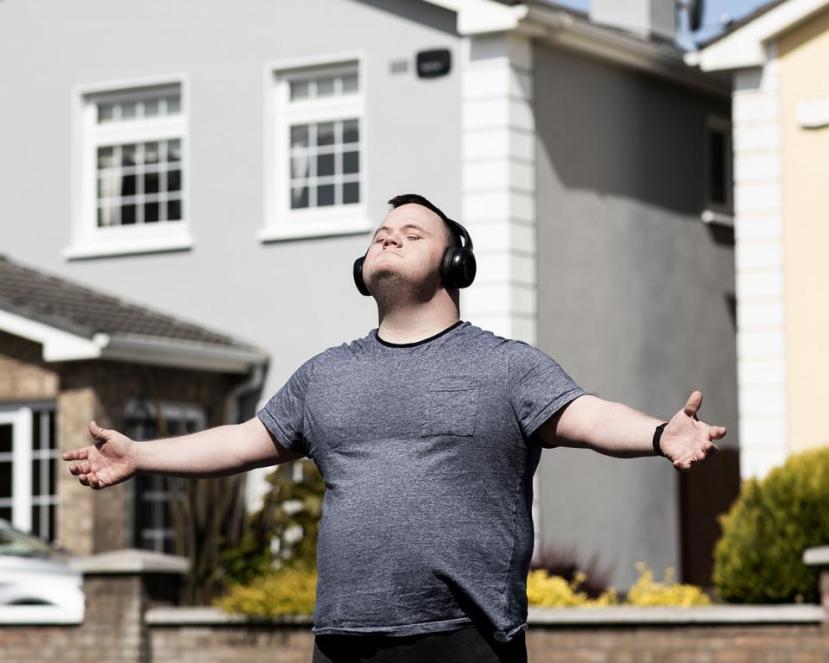 Mark Smith is from Celbridge in Kildare. He is a man approaching forty years of age who has achieved a great deal despite his tender years. He has won medals as an athlete in major tournaments, played King Lear on the stage and worked in Tesco for over 20 years. His life has not been straight froward though and he has fought through adversity to achieve all that he has. He also has Down Syndrome. This play aims to show that he is much more than a man with a disability.

Another achievement Mark can add to the list is that he has co-created this show, along with Aisling Byrne and Shaun Dunne. The production focuses on Mark’s life and work giving a rounded impression of his highs and lows. There are two performers on stage, with Mark appearing alongside Aisling. It takes the form of an interview with Aisling asking Mark many questions about his life. The answers are sometimes given by Mark himself and at other times by video. There is a screen at the back of the stage which is used to display images of Mark’s life, showing where he lives and works. Aisling also speaks the words of other people in Mark’s life, such as his mother.

The play shows some of the traumatic periods in Mark’s life, telling of the time his father died of cancer and the affect it had on him. We also hear about his home life and the people who know and love him. At times you wish the production could have more depth and delve into other parts of Mark’s psyche, but there seems to be a distinct decision to focus on the many positives. You come away with a picture of Mark and the affect he has had on those around him.