This play won the Verity Bargate Award, which is a prize given by the Soho theatre to help ‘launch the career’ of an emerging writer. This production premieres at the Abbey before moving to the Soho Theatre in June.

It tells the story of a number of inhabitants of Dublin. It starts with a taxi driver, discussing those that share his cab on their journey home or into town. He talks of the other drivers he meets at the ranks and also of his family. His daughter is now a young woman and he often picks her up after a night on the town. The dynamic between them has changed but she’ll always be his little girl. We see the world through his eyes for a brief moment before the story moves to another inhabitant of the sprawling city.

The play is written by Dylan Coburn Gray who is a member of Malaprop Theatre company and has written a number of plays including Everything Not Saved and Love + which were both produced by Malaprop and performed at the Project Arts Centre. Citysong is his first play produced by the Abbey.

The main stage of the Abbey is altered to create a more intimate space, with the first few rows of seats removed and the stage moved out towards the audience. The only real prop on stage is a large metallic backdrop in the shape of Dublin city itself, along with a few chairs.

Each segment is introduced by a narrator giving a short descriptive passage, often in verse, setting the place and time. After that we meet the character and hear their story. The tales are of a personal nature and tell of their lives and loves. We see a variety of age groups talking about their trips to dance halls and discos, along with their early attempts at romance. Surprisingly, there is little mention of the housing crisis or drug abuse. The play does not focus on people at the edge of society, instead it explores average people going about their daily lives.

The play is described as a “modern day Dublin’s Under Milk Wood” and it does have more than a touch of the Dylan Thomas classic about it. The play focuses on three generations of the one family, but the scope expands to give us a view of life in the city itself. The cast are the real highlight of the production and they do well with the script. All the actors play multiple parts, changing quickly between roles and even sexes! It’s a great opportunity for them to show their ability and most revel in it. The story jumps between locations and settings, giving you scenes and important moments in the character’s lives. As such, it’s difficult to show them grow or develop as characters. It is, however, always enjoyable to see new work on the Abbey stage and there are some moments of real humour and poignancy in this work. 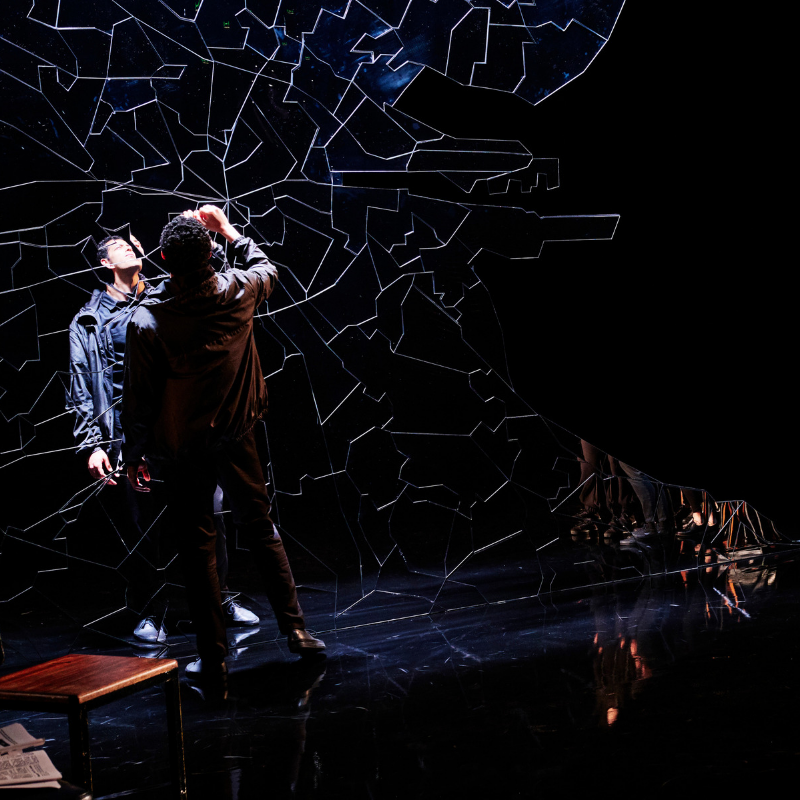