The festival seems quite international. Do you do a lot of travelling to find these productions?

Live Collision is part of a global nexus of festivals that are of a similar scale and ethos across the UK, Europe and North America. I visit other festivals regularly, I have a large existing network of artists and programmers that I work with, and I am always building new relationships and discovering new work. However, I try keep the air miles low and I am selective in what I see, I never travel to see shows or festivals just to book productions. Instead, I am much more interested in artists and their trajectory over time. As a curator and festival director I am curious about why an artist makes their work, who they envisage their audience to be and ultimately what they have to say. For me, visiting international festivals becomes about experiencing the festival, meeting my colleagues from across the sector who I develop co-commissioning or co-presenting partnerships with, as well as, meeting artists who potentially I begin a conversation with. However, you won’t find me trying to swoon the most celebrated artist at a festival but instead heading off to an off-festival gig somewhere and exploring the wider context. I fully trust in my instincts, I know when an artist has captured my interest and I also trust time will bring about the conversation when it needs to happen.  For example, I first saw Rachael Young presenting a very early piece she made at a festival in the UK about 5 years ago. We didn’t start a conversation then but the piece stayed with me. It was only when preparing for this year’s festival the memory of Rachael’s work began to occupy my curiosity so I looked into the work she had made since. I contacted her and from there we began a conversation that was really invigorating and has led to NIGHTCLUBBING being part of this years festival. The invitation I set for artists is very specific, I am keen that artists consider the social, political and cultural landscape of Ireland and I want them to fully consider our audience. I am not interested in artist parachuting into the city and showing what they show in every other festival they visit, if it can happen anywhere then it doesn’t need to happen here. Instead, I ask artists to consider the place and context of the festival and the specific invitation we offer to them and to our audience, from there we grow the possibilities.

The festival is billed as a ‘live art’ festival. What do you see as a typical production for this festival? Is it something you wouldn’t see on stage anywhere else?

Live Collision is carving a space that is otherwise unexplored on any other stage, the festival is a type of dialogue taking place over 4 days through many different forms and types of invitations in which audiences experience the work.  Live Art has always been a contested term, often raising questions and requiring definition. The reason I centre the festival around live practice is less about promoting the term, but instead identifying strongly with the politic of live art. It is interdisciplinary, it is risk based and encompassing of marginalised artists, practice and politic. Live Art liberates both artists and audiences to embrace the contexts that otherwise go unexplored within more traditional art forms. It challenges the tropes of convention and invites us to step outside of accepted norms. My priority as festival director is to develop, support and present artists who are occupying such space and asking difficult questions. The work programmed in the festival sets a series of provocations, asking the audience to come into direct relationship with the complexity of our contemporary state; excavating with urgency topics such as class, race, capitalism, political rhetoric, migration, feminism, identity, gender, sexuality, access, equality and displacement.

ADMIN a work-in-progress live art theatre piece by Oisín McKenna is an example of an artist who is truly a critical voice of his generation exploring the complexity of class, capitalism and societal expectations pertaining to our mental and physical wellbeing. Welcome Town is a research project and alternative walking tour by internationally renowned artist, Natasha Davis who has an exceptional reputation for making imaginative and poignant performance work exploring body, memory, identity and migration. Davis, herself was displaced for over six years, her own lived experience of migration and the current context has led to this new work. Natasha will generate an alternative walking tour that will mix facts, performative episodes, recollections and fantasy into a conversation about resilient towns and their migrant identities. Live Collision has commissioned Natasha to mentor three artists for one year who have a lived experience of migration and/or have a strong interest in the subject of displacement and identity. This is just one example of how the festival moves beyond staging productions into generating multiple types of experiences for audiences and artists alike. 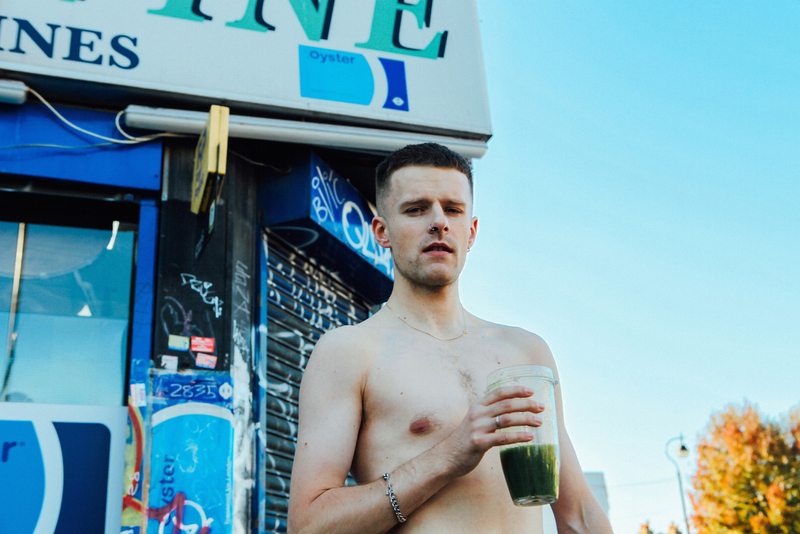 What productions are you particularly looking forward to?

Every element of the festival is meaningful and valuable in so many ways, I encourage audiences to experience as much as possible – ‘must sees’ include ‘The Kindness of Strangers’ by Lisa McLoughlin and commissioned by Live Collision, it is a deeply touching performative action by the artist in collaboration with Professor John McLoughlin to explore the mathematical equation of dependency in our lives. Lisa will have performed the work in 5 cities across Ireland before this final culmination as part of Live Collision with an accompanying talk, film screening and workshop. We open the festival in collaboration with Berlin Opticians Gallery with a visual art installation and performance titled NO FEELING IS FINAL with lead artists Lee Welch and Liliane Puthod. It is free to the public and audiences are welcome to come and go between 6pm – 9pm. NIGHTCLUBBING by Rachael Young, an extremely talented artist who sets a series of provocations around race, gender and identity accompanied by her afro-futurist band. ‘Cock and Bull’ by Nic Green, Winner of the Total Theatre Award for best physical/visual theatre (Edinburgh Fringe 2016), is a timely performance considering recent events around Brexit; responding to ‘the meaninglessness and repetition of empty political promise, the privilege of the governmental elite and the deep discontent of an increasingly disproportionate and divided society.’ ‘The Factory Line’ by Niamh McCann is a work-in-progress based on interviews with women who worked in various factories across Dublin in the 1960’s reflecting the experiences of working-class women who made significant contributions to the working economy and subsequently the cultural fabric of Ireland, much of which has shaped the experience of women today. BITE SIZE SCRATCH will introduce new work by Choas Factory, Matt Bratko and Emily Aoibheann. SIRENS by Celine Muldoon is a type of spectacle and gentle performance gesture in public that will promenade from Temple Bar Gallery & Studios through the city streets. Our festival late nights are not to be missed with bombastic alternative karaoke XXXtra Portion served up by SPICEBAG; and NU ROOTS by Fried Plantains Collective will host a film screening of the critically acclaimed film ‘Witches of Gambaga’- a 2011 documentary by Ghanian feminist Yaba Badoe, who will be joined in-conversation with Rosemary Adaseer the founder of ‘The Association of Mixed Race Irish’ after the screening. All of which will be followed by a line-up of incredible talent including Raven (African American spoken word wizard), Damola (Irish-Nigerian hiphop artist), Maeve and Julian (Irish-French musicians) and DJ KARMA: (with amazing Afro-Techno tunes).

The festival is now ten years old. When you started it, did you ever believe it would last this long?  How would you like to see it continue to grow?

I created Live Collision as a way to build a meaningful community around art form, aesthetic and the politic of Live Art in Ireland and I wanted to continue to work with my established networks of artists, producers and presenters across the UK and Europe. At the beginning I wasn’t certain what the life span would be but I knew it was an integral part of how I could see myself living and working in Ireland. It is deeply personal, the festival is a form of self expression and a statement of integrity, vision and intent. It is also a public moment that is then fulfilled when artists and audiences come into proximity and dialogue.

During the last 10 years the festival has been part of a cultural zeitgeist amongst an ever evolving collective political consciousness in Ireland; raising the stakes on the taboos that sat central to the Ireland of before. Over the last 10 years Ireland has been on this incredible journey, pushing against the curve to successfully radicalise our laws and attitudes. I am immensely proud Live Collision has been part of that journey. So many of our festival counterparts in the UK have ceased to exist but for Live Collision there is so much more to achieve and in many ways I feel like we have only just begun. It’s such a privilege to generate a collective space for Live Art in Ireland and to create a dynamic and experimental space in my home city for artists from across the world to meet, work and flourish. Live Collision is 10 years young and we are running at the future with boundless energy.