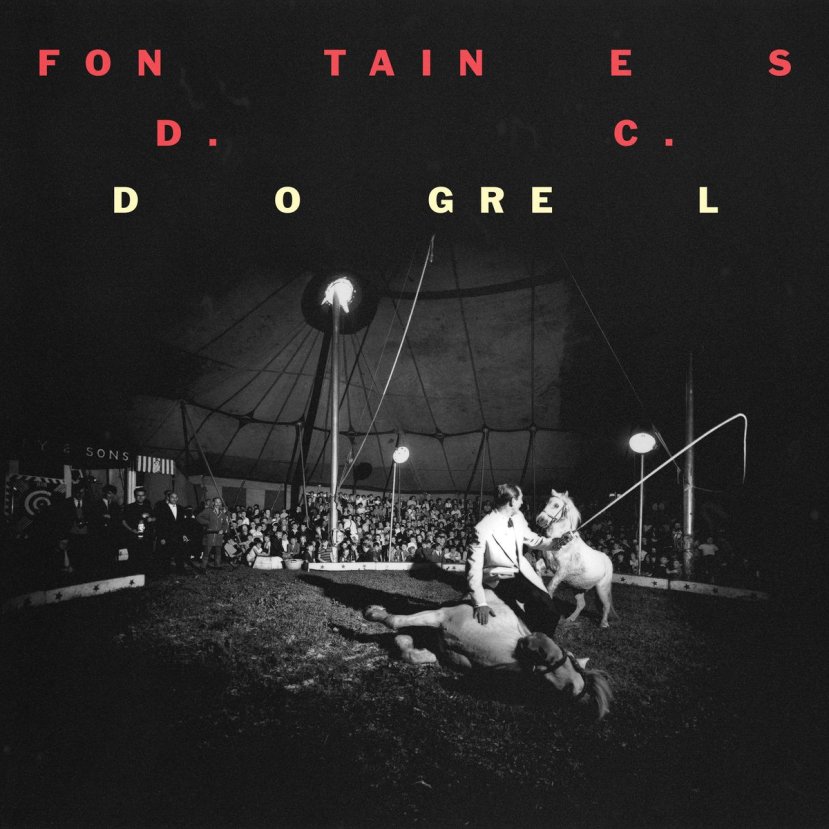 Dublin band Fontaines D.C. have been getting a lot of attention, and it’s fair to say their album is eagerly anticipated.  But can they live up to the hype?  Opening track Big sets out their stall, a relentless, insistent drumbeat with singer Grian Chatten’s flat heavily Dublin-accented vocals very much in the foreground.  Chatten is the latest in a long line of ‘non-singers’, from John Lydon, to Mark E Smith and even Joe Casey of Protomartyr.  Everything is conveyed via attitude, and there’s plenty of that here.  The track is a real rabble-rouser, a call to arms chanting: “Dublin in the rain is mine”.  Too Real features thunderous, punky guitars and Chatten menacingly asking “is it too real for ya?”
What sounds at first like a fairly one-dimensional racket reveals several layers upon repeat listens.  Tracks like Television Screens and the very catchy Liberty Belle are brimming with melody and inventive guitar work.  The guitar sound is economic and compelling, never quite dominating Hurricane Laughter, and they can dial the intensity right down, the gorgeous sun-dappled Roy’s Tune is a departure for them, a lazy summery song while closing track Dublin City Sky sees them take on an old-fashioned traditional ballad.
Comparisons?  Joy Division by way of early Arctic Monkeys spring to mind, particularly on the dark and brooding The Lotts.  Elsewhere, Chequeless Reckless and the Carrolls’ cigarettes name-checking Boys In The Better Land borrow from Ramones-era punk.  The relentless energy can be a bit draining and flat vocals will not be for everybody.  But this album is an addictive, exhilarating collection of songs, and to coin Chatten, you need to ask yourself: “is it too real for ya?”
Track List –
1. Big
2. Sha Sha Sha
3. Too Real
4. Television Screens
5. Hurricane Laughter
6. Roy’s Tune
7. The Lotts
8. CHequeless Reckless
9. LIberty Belle
10. Boys In THe Better Land
11. Dublin City Sky
Too Real