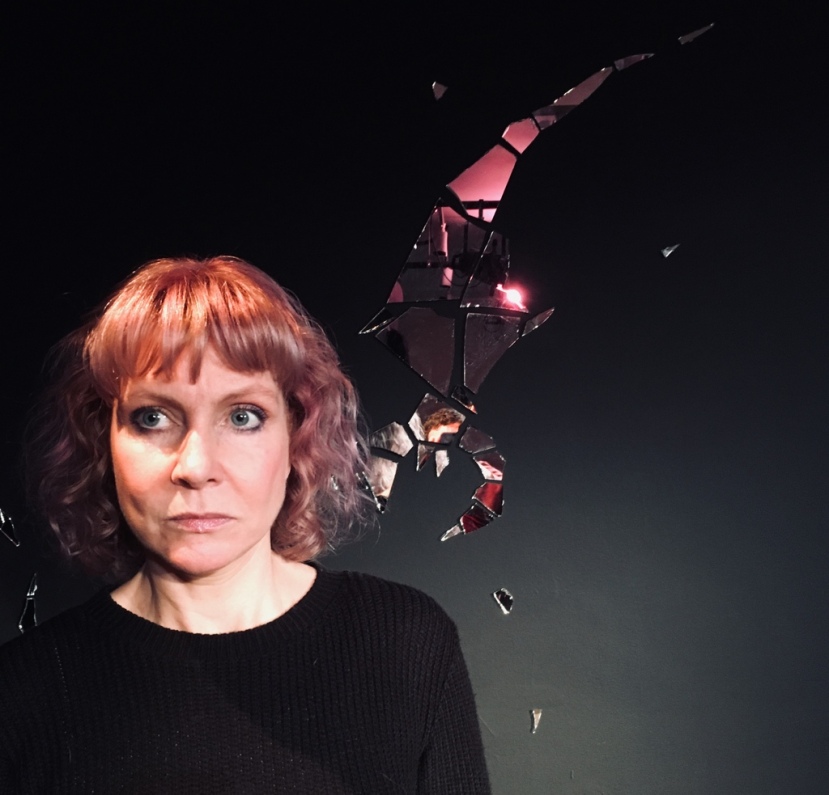 Disconcertingly, the programme states that character “A” is played by Dermot Magennis and character “B” by Aenne Barr. However, when the play begins Aenne Barr is in fact one Heather Eames who reads one part of an email correspondence with her publisher Harry (Dermot Magennis) who reads the other. The correspondence is about Heather submitting her children’s novel for publication, its acceptance, its subsequent success and her refusal throughout to make herself available for publicity events for a variety of reasons but mostly ill health. Somehow the refusal does not ring true and in the second part the reason why Heather will not show herself is revealed. The dynamic is very different in that the two characters are sitting opposite each other across a table. Meanwhile the novel and its sequels continue to be a publishing sensation. The final third of the play enters into the world of the novels where the battle of good versus evil rages. The entirety of the stage is then used as both actors hurl themselves around with the table and two chairs helping to create a variety of imaginary landscapes.

The play raises awkward questions about how far the personality of an artist is a relevant part of his or her creative work. In the abstract, the tendency is to state that it is not relevant but Eccleshare in this twisting drama shows that for a variety of reasons the immediate world in which the artist lives and works is relevant as to how his work is perceived. All sorts of conditioning about who and how the artist operates colours the perception of a reader or viewer of his work. There is a link.

Magennis and Barr metamorphose easily through the very different manifestations of their characters which the three sections of the play requires of them. To reveal any of those manifestations would destroy the underlying mystery of Eccleshare’s clever play. That may be its one weakness that it might just be a little too clever.

That said, the small stage of Bewley’s Cafe Theatre works well for this play which covers a great deal of ground in its one hour duration. It is a two hander which makes for a provocative hour of lunchtime theatre and ensures that the hour has been spent profitably.