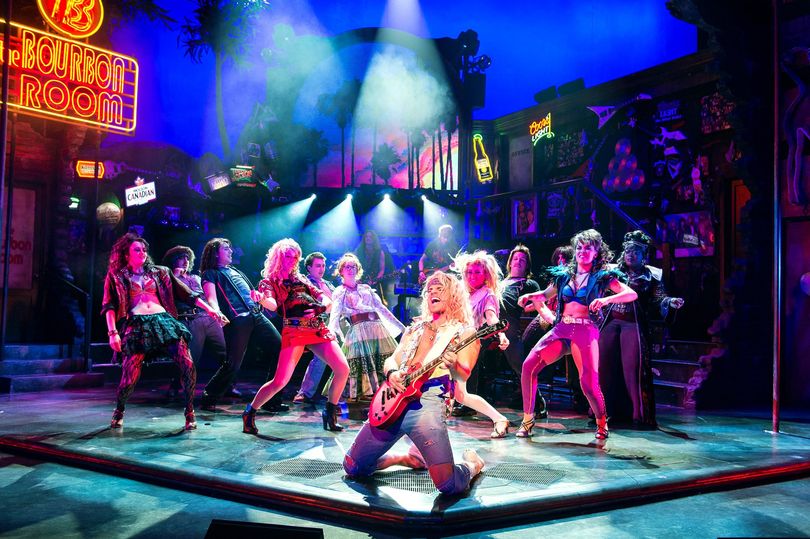 Until Saturday the 20th.

The Rock’n’Roll and Hair Metal of the 1980s was and is inherently theatrical. It’s big and loud in every sense. Big hair, loud music, and big and loud outfits. It’s even often flamboyant and androgynous. So you would think it would lend itself perfectly to the medium of musical theatre. And it feels strange at times sitting in the theatre, wondering what exactly about these two compatible elements isn’t gelling? And what it comes down to, is that what made even the most over the top glamorous and eccentric of rockstars, rockstars, was that they, at the very least made it look like they weren’t trying their very hardest to be cool. And that’s what fundamentally doesn’t work about this production. It’s all way too much, and everyone is trying far too hard. And it’s a shame, because there is clearly some genuine talent at play. No more so than in probably the shows strongest part Lonny, played by Lucas Rush. Lonny is the narrator of the piece, fully aware he is in a musical. He at several points literally climbs into the audience, almost as if to physically shove the metatextuality down your throat. It’s problematic for two reasons: for one, the jokes are weak, and more so, if you take the piss out of every single element of your own show, how is an audience actually supposed to connect to the parts you need them to connect with, so that they can actually get through your tripe? Constantly saying your show is hack and cliché, doesn’t absolve it being hack and cliché. In 2018, it actually makes it more so. I found myself aching for an interval I thought would never come, after less than an hour of the performance. 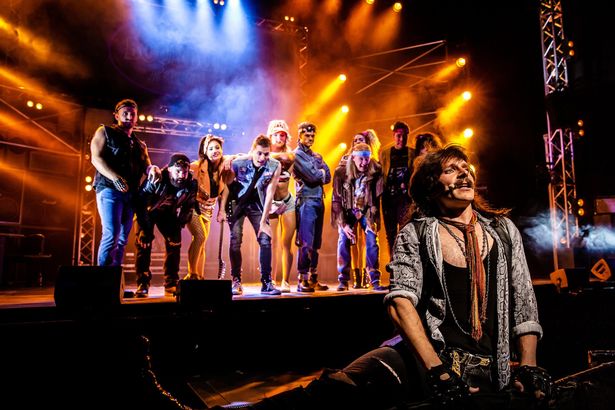 Furthermore, the only thing the musical doesn’t self-criticise are the things it most certainly should: namely rampant sexism and homophobia. There is a staggering amount of both. Particularly obscene amounts of female objectification. And even though arguably the best scene in the show is when Lonny and club owner Dennis (Coronation Street’s Kevin Kennedy) professed their unspoken love for each other in a rendition of “I can’t fight this feeling anymore” that doesn’t make up for how often the show laughs at the prospect of homosexuality. You could argue that that is too sensitive a sentiment, or that the show is set in the less progressive 80s or even that show reflects the sexism of the source music. The difference is, that the likes of Whitesnake and Bon Jovi, while no doubt their lyrical content has aged poorly, the argument could be made that they were speaking their naive truth at a much younger and different time. This musical was written in 2009 and much of it would have been hack and outdated in 1980.

To offer some slight redemption, where the cast deserve props, is that this is an impossibly hard genre of music to sing. It’s all screaming and shouting in the rafters of the highest rangers. and the cast all sound great. Particularly female lead Sherrie (Rhiannon Chesterman) soars those top notes with ease. She’s the coolest cat of the bunch, and she’s one of the only characters who is not supposed to be. There’s never enough people on the stage (but that’s a critique of the budgets of UK tours, and that’s for another time), it’s just particularly noticeable here, when it looks like four people have shown up for the farewell gig of supposed ‘Rock legends’ Arsenal.

To hammer home a tired point, in 2012 they made a movie adaptation of Rock of Ages, which I saw in the cinema, with no prior knowledge of the musical. And while the movie isn’t great, having now seen the show I can say it’s Citizen Kane in comparison. That again may seem unfair, but there is a line of dialogue in the show which says that the movie is bad, so it opened itself up for that. Tom Cruise is probably one of the least cool people on the planet, but in Rock of Ages, he is its embodiment. He obviously put a huge amount of effort in, but the difference is he hides it. Now I know Tom Cruise is a massive movie star, but I guarantee he had to go on a much bigger journey to become cool than anyone in this cast. Anyway it’s bad. It’s all bad. And not good-bad. It’s don’t-go-and-see-it bad. Ever. let it die. It’s sexist, homophobic, try hard garbage. It’s “Lowest Hanging Fruit: The Musical.” 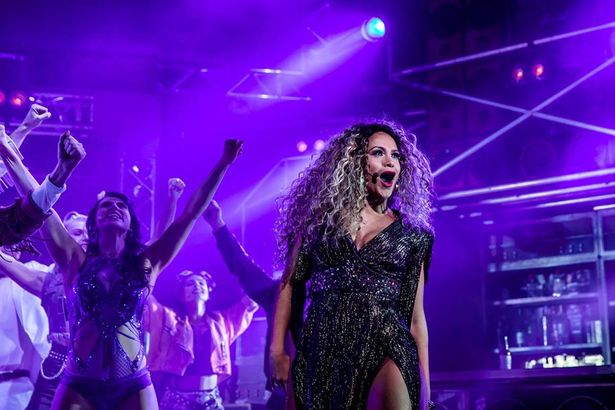