Rough Magic’s Lynne Parker talks about the seduction of Shakespeare’s A Midsummer Night’s Dream and the company’s new ensemble cast who will perform this ageless comedy at the magical Castle Yard, Kilkenny as part of Kilkenny Arts Festival 2018 – and a new adaptation by Arthur Riordan of Joyce’s A Portrait of the Artist as A Young Man’ which premiers at the Pavilion Theatre on September 26th as part of the Dublin Theatre Festival, and tours nationwide until Nov 3rd.

A lot of productions of ‘A Midsummer Night’s Dream’ put a new spin on it. Will this be a more traditional setting/ production?

I’m not sure what is meant by traditional (All-male is out, for starters)! The great thing about Shakespeare is that the plays speak to the present. This play has a classical setting, which makes it rather non-specific in terms of time. All theatre performance happen, literally, in the present anyway; and it’s pretty clear what has particular resonance just now. The upheaval in climate described in Titania’s speech couldn’t be more current. But you also have the perennial insanity of the human emotional journey. And the idiocy of falling in love, as crazy now as it was for Shakespeare. Our production is set in the here and now, but in a slightly parallel universe which is just as unsettling and on edge as our own but where love and magic have a compass set towards optimism.

The programme describes this as a “new creative ensemble of actors”. Was it a conscious decision to work with a younger cast? How did you go about the casting process?

Ensemble is in Rough Magic’s DNA (as is gender balance, as it happens), and that’s how we began, as a collective of seven.  A number of this cast came to us first through our artist development programme SEEDS, as actors in showcase productions; we knew others from student productions that myself and our Associate Director Ronan Phelan had worked on at the Lir, and we also saw a lot of people in audition. The project aims to re-establish the kind of ensemble that produced all of our best work, shows like The Taming of the Shrew, Don Carlos, Improbable Frequency; and what better way to do it than with a company of some of Ireland’s most exciting rising stars.

As an outdoor production and after one of the hottest summers on record in Ireland, how do you plan for a wet night in Kilkenny? What happens during a downpour?

The show goes on! We won’t be shamed by the likes of the Globe, who perform in all weathers. We’re Irish, we can do this. If the audience is up for it so are we, and Kilkenny has never cancelled an outdoor show to date.

How involved are you with the lighting/ set/ costume design during a production? How many meetings would you have with the designers or is it more of a continual process?

The process begins way in advance and is absolutely continuous. I think we went to do our first site visit in March. Our set and lighting designer Sarah Jane Sheils and I went to Kilkenny and stood in the Castle Yard in May to watch the light fade, as that was the equivalent to how it would be in August. Sound designer Denis Clohessy has been in rehearsals a lot and Katie Davenport is juggling a lot of costume ideas in response to changes in how we present the characters – but we all have a clear idea of the overall aesthetic, much of which sprang from an initial conversation at the beginning of the year, where we imagined the world we could create, from the elements at hand. 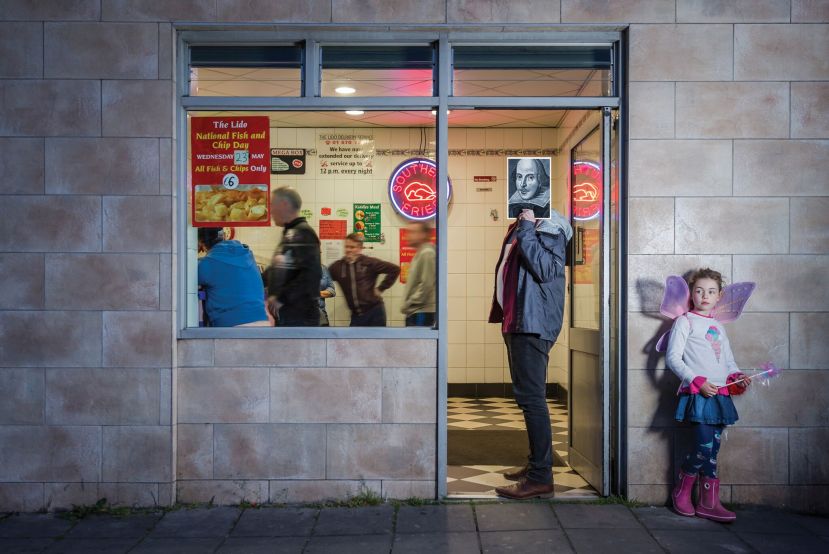 What’s next for Rough Magic?

Arthur Riordan’s new stage version of ‘A Portrait of the Artist as A Young Man’ will play at the Pavilion for the Dublin Theatre Festival and then tour across the country up until the beginning of November. It has the same actors, designers and stage management team as A MIdsummer Night’s Dream, but this production will be directed by Ronan Phelan – our Associate Director and another rising star.