The Down With Jazz Festival found a new home this year, taking over the Grand Social. In previous years the festival was outdoors in Meeting House Square in Temple Bar. The new venue worked well as they used two stages, one in the regular venue in the loft and another on the ground floor. This meant that the gigs continued seamlessly, with the audience travelling between each stage!

The first act on the night was FOD with Riona Sally Hartman, which featured layered vocals along with double bass, guitar and drums. It was a subtle introduction to the night and offered an insight into Ms. Hartman’s work.

Gamerz with Kit Downes were a more traditional jazz unit, and featured double bass along with saxophone, keyboard and drums. This was a short set but the crowd seemed to really enjoy the jazz bar setting and vibe.

Next up were the Booka Brass Band, who have just finished an extensive Irish tour (called a parish tour), taking in some of the smaller venues around the country. They have the feel of veterans at this stage and have been playing the festival circuit for many years. This was even their second ‘Down with Jazz’ festival! They are a vibrant, lively band who can get any crowd going. Their set included some new tracks and they have a new album on the horizon called ‘Chilled Milk’ which will be released on September 15th!

The band has an impressive percussion section, with some light bongo drum playing along with a traditional drum kit and even a tuba for good measure. Their set even included some disco, which is not Jazz as they admitted themselves, ‘but it is brass’!

The night continued with Big Spoon, Robocobra and to finish the night ‘We Three Kings’ Dj set in the loft for a great night of music. 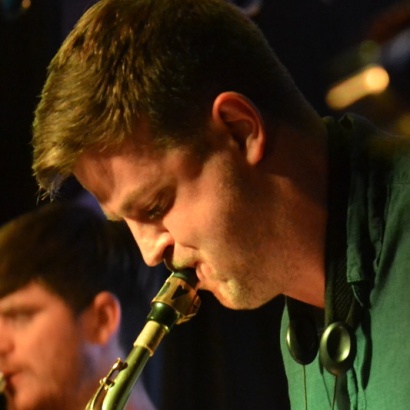 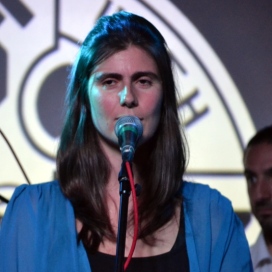 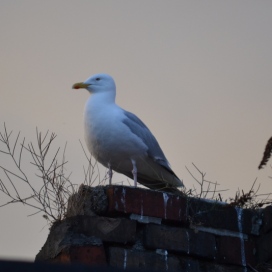 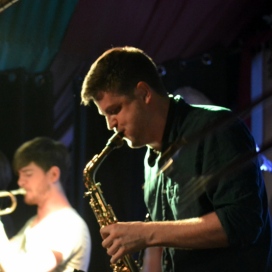 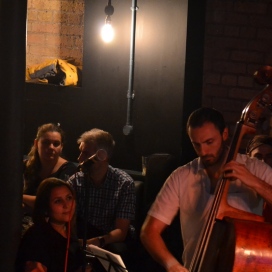 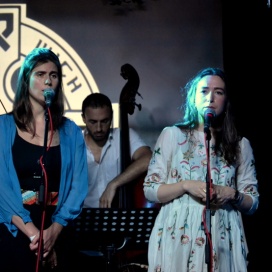 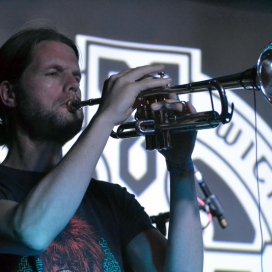 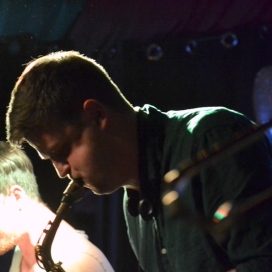