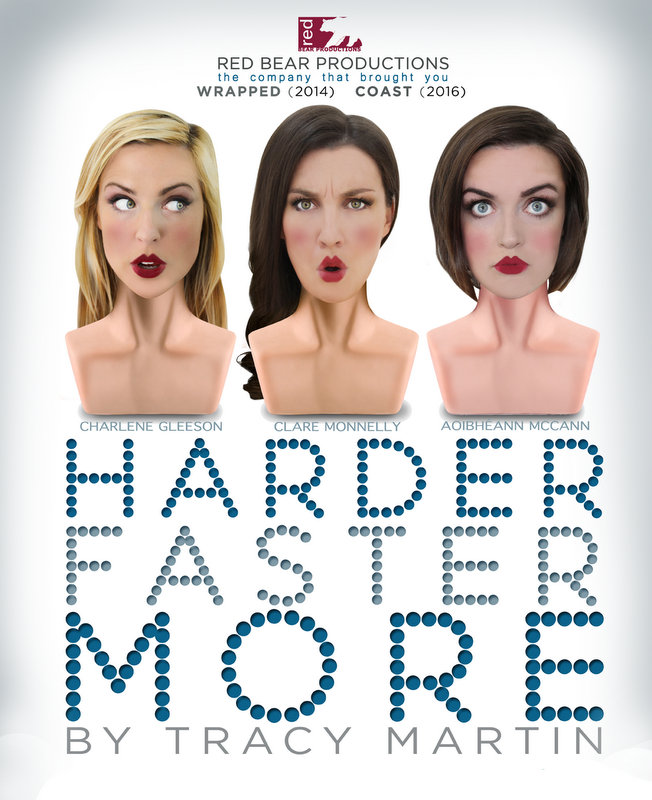 This is a new version of the original play from the Fringe in 2015. Why go back?

The Fringe is a great platform to premier new writing as the audiences are really supportive. We got a fantastic reaction to Harder Faster More at its first outing and people kept asking us about it for months after so we could see no reason to let it die. We were then programmed for the Cork Fit Up Festival in 2016 and had a great time putting the show on in different bizarre places around beautiful West Cork – in church halls, a tent, at the back of a pub and the play really stood the test. People were dying to talk about the topics it brings up afterwards. We then recorded it as an RTE Radio play and the producers there were genuinely enthusiastic about it. It just seems to be the play that won’t die. It’s weird when you start making a piece, you’ve no idea which way it’s going to go and you question every decision and hope that nobody punches you in the face after seeing it. People seem to really enjoy Harder Faster More and our job is to put on work that entertains and provokes people…so here we are!

How much has changed since the original version?

It’s still the same punchy dialogue with all the plot twists but I think this time the gals performances are even more enthralling. We’ve been very lucky to hold onto the same cast.

We’ve switched around a few of the stories and have brought in movement, directed by Paula O’Reilly and a design team with Suzie Cummins and Mary Sheehan. We’ve had nearly two years to let the stories and the characters sit into our bones more. We’re making it our ‘rock concert’ show. 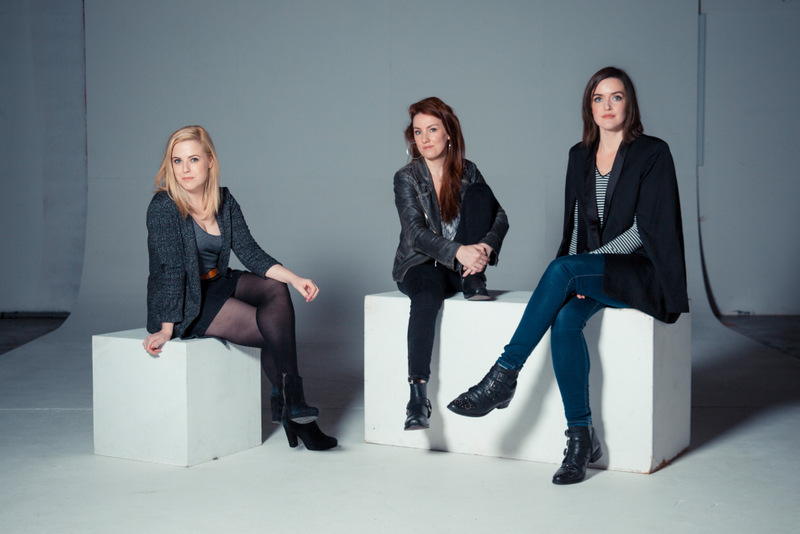 Correct me if I’m wrong, but you tend to direct your own work. Why is this? Does it give you tighter control or are there other reasons?

I’m absolutely fascinated with the communication process that develops in a rehearsal room between actors, directors and writers trying to find the best way to tell a story. I know I sound like a wanker but if I could spend every day in a rehearsal room I’d be one happy little camper. I spent years working in theatre production as a stage manager and a production manager and alot of the time, with that, you can feel like the hired mute in the corner – watching the ‘creatives’ work on a scene, so to be lucky enough to have people work on my writing I can’t help but throw myself into the middle of it as a director. It is the absolute craic. I also love all of the technical work of putting a play into an actual theatre. What I’m not so keen on is the nerves with putting it in front of an audience and my brain freezes around ‘theatre people’ in the bar afterwards….. though a glass of wine usually helps!

This play deals with the experiences of a sex worker. How much research did you do into the area?

I’ve always been intrigued by places that aren’t meant for women. Especially women on their own. I’m fascinated with the sex industry on every level. From pornography to sex shops, lap dancing clubs to topless barmaid pubs, gay men’s saunas to brothels – legal or other wise. It’s been a lifetime of meeting and talking to people from all walks of life and having friendships with women who have earned their living in ways that most women wouldn’t dream of.

Nearly the full cast and crew of this play is female. A year on from the start of the Waking the Feminist movement, how do you think it is getting on? Have you been involved yourself?

I happened to be on tour for the couple of times the Waking The Feminist movement took to the Abbey stage. All I know is that prior to the movement I had felt sure that I had wasted my life working at an art form that didn’t value me, or ever would. I felt absolutely foolish, at times, for sticking with a career that couldn’t go anywhere. I felt that I had skills that were completely untransferable and was too old to switch to something…anything else. It was deeply depressing. Prior to Waking The Feminists, I very much felt that I would have to leave Ireland to get taken seriously. Don’t get me wrong, there have been bastions of hope with places and the people like the Dublin Fringe Festival and Project Arts Centre. I just, personally, felt that the doors to The Abbey and The Gate were not open to ‘the likes of me’. Since Waking The Feminist I have met with the new artistic directors of both and discussed Red Bear Productions projects at length and how we might bring our work to their stages. A coincidence? I think not. Viva la revolución!