Ghost in the Shell – Film Review 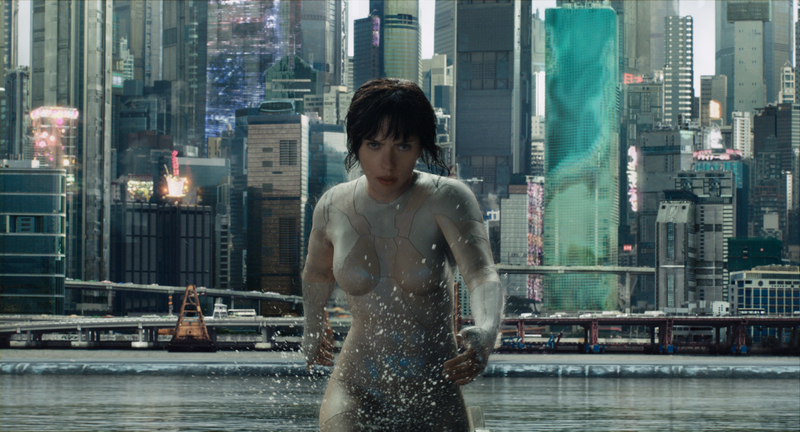 Ghost in the Shell – Film Review – by Pia Maltri

Ghost in the Shell, directed by Rupert Sanders, is loosely based on the 1995 Japanese anime of the same title. In a dystopian Hong Kong, Major (Scarlett Johansson) is a first of her kind cyber-enhanced woman at the service of an organisation that fights criminals, including those able to hack into people’s mind. The drama starts when she discovers that the organisation lied to her, and that her life has not been saved through mutation into a cyborg, but it has been stolen.

While the film follows very literally many of the scenes of the anime, making the last one look almost like a storyboard, the plot substantially diverges and also the main theme of the movie becomes quite a different one. The film’s screenplay twists and domesticates the quintessentially Japanese original story – which is, to be honest, quite verbose and involute – for the American and international audience.

This statement would seem diminutive but, in losing the connection with its main source and in translating all the original philosophical ideas into more chewable and universally digestible material, “Ghost in the shell” manages to find new inspiration and unearth a streak of novelty within the main theme: the film explores only in passing the nature of identity and humanity (is it memories?, it asks like its predecessor) and dwells instead on the causes and implications of the loss of identity and humanity at the hand of unscrupulous corporations and in a world dominated by technology. In this respect, Sanders’ movie seems quite unique and a distinctively contemporary one, as it deals, out of metaphor, with a theme that is very current: that of the incumbent and ever growing artificial intelligence replacing humans for productive ends.

Apart from the direct source material, many are the movies the film draws upon, be it as inspirations or direct quotations. The film that comes to mind in a very obvious way, mainly for its unforgettable visual creations, is Blade Runner; although Ridley Scott’s movie and the Japanese anime are arguably much closer in theme to each other than either of them is to Sanders’ movie. In fact, Blade Runner didn’t so much deal with the theme of AI in itself as it dealt with androids as a pure metaphor for human beings. The Matrix is both inspiration and quoted directly in the Major initial walking on walls (almost tired commonplace already). The most beautiful and meaningful allusion comes from a real masterpiece of Japanese animation – and cinema in general: Spirited Away by Hayao Miyazaki. This is when Major – exactly like Chihiro in the anime – finally rediscovers her real name (“Motoko”) and, with her name, her story, her memories; in one word, her identity.

Much of the film’s stunning visuals are debtors to the original, like the unsightly, grey and tall beehive buildings in which people live, or the busy city streets animated by shop signs, stalls, passers-by; but there are elements of striking originality as well, like the robot geishas at the beginning of the movie or, towards the end, the apartment of the woman who lost her daughter. The latter is actually one of the most moving scenes of the movie, where the ‘classic’ interior decoration stands out against most of the previous ultra-modern and aseptic settings, providing a relief and a visual counterpart to the theme of ‘human’ against ‘cyborg’, and of that tradition against modernity.

A special mention goes to the great Japanese actor and director Takeshi Kitano as Aramaki; forget his role in the film: if you’ve seen his movies, his sheer presence on the screen and the completely undubbed Japanese lines will bring cinephile shivers to the spine.

In summary, although Ghost in the Shell has its source in countless movies, it still manages to be more than the sum of its parts and it’s a thoroughly enjoyable and engaging visual experience, which will make you forgive the openly didascalic register (“Humanity is our virtue”) and cliché Hollywood happy ending (“I know who I am and what I am here to do”!).