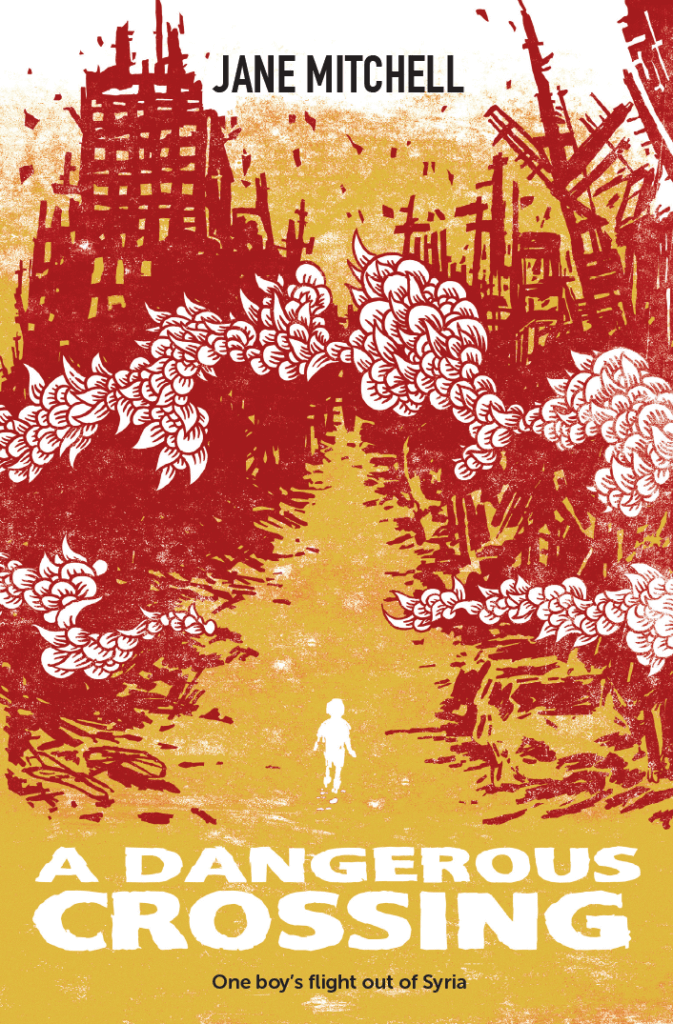 With no end in sight to the war in Syria, and the apparently endless stream of refugees displaced by the violence, it becomes difficult to imagine the individuals caught up in the masses. But what makes A Dangerous Crossing, written by Jane Mitchell, such a powerful experience; is the way in which it explores the plight of many, through the unique story of one family.

Written for children aged eleven plus, but equally engrossing for adults; A Dangerous Crossing tells the story of thirteen-year-old Ghalib Shenu and his family. After Ghalib narrowly escapes serious injury when he and his cousin are caught up in a barrel-bomb explosion, the family decide to flee their home in Kobani, and travel from Syria toward the hope of safety in Europe. On the way, they encounter help and hatred, illegal border-breakers and refugee camps, resistance fighters, and unseaworthy boats.

These images may instantly evoke numerous headlines, but they are given a fascinating specificity by Mitchell’s commitment to research, and attention to detail. By tracing the routes of many refugees, and hearing their stories, Mitchell creates a real sense of place. This produces not only a fascinating insight on Syrian refugees endorsed by Amnesty international, but also a darn good (and dare one say entertaining) adventure story. It could be read as either important social document or pure fiction, but combined (with the awareness that each character is named after a real victim of the war, which is detailed at the back of the book,) we have an even more engrossing story that is difficult to put down. And with a satisfying thought provokingly open-ended conclusion, one hopes that ‘A Dangerous Crossing’ will gain the broad readership it deserves.