You Are Not Alone – In Aid of Pieta House

‘YOU ARE NOT ALONE’ TO RAISE VITAL FUNDS FOR PIETA HOUSE

A Christmas song/ video of this Michael Jackson song has been created to be sold in aid of Pieta House. It was launched on Monday evening at Facebook’s Dublin Headquarters where not only the video was shown but those who sang in the video gave a live performance.

The important fact about this Christmas video is that all proceeds from its sale will go to Pieta House.

You Are Not Alone aims to help heighten awareness of mental health and suicide in Ireland with all proceeds going to Pieta House. You Are Not Alone is  a project that is almost a year in the making, following it’s inception by Director, Gavin Coll, a current UCD Computer Science Student and a member of the UCD Choral Scholars. His vision, drive and dedication to raising awareness has helped craft this beautiful cover.

After four recording days in Camden Recording Studios, a studio that has been home to artists such as The Blizzards, Ella Henderson and The Strypes, and weeks of refinement, the track was released on December 5th 2016 via all major online music distribution services and a limited edition physical album is available to order below.

The Song is available here: 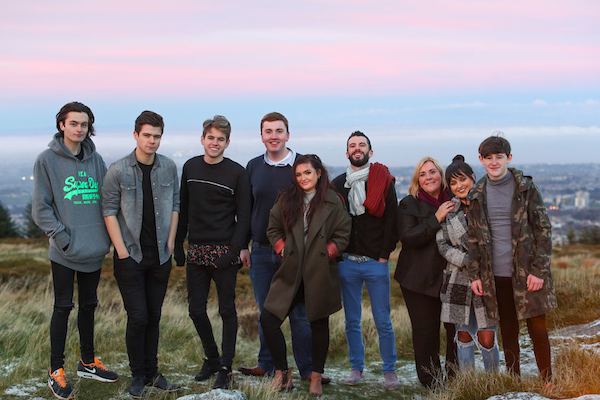