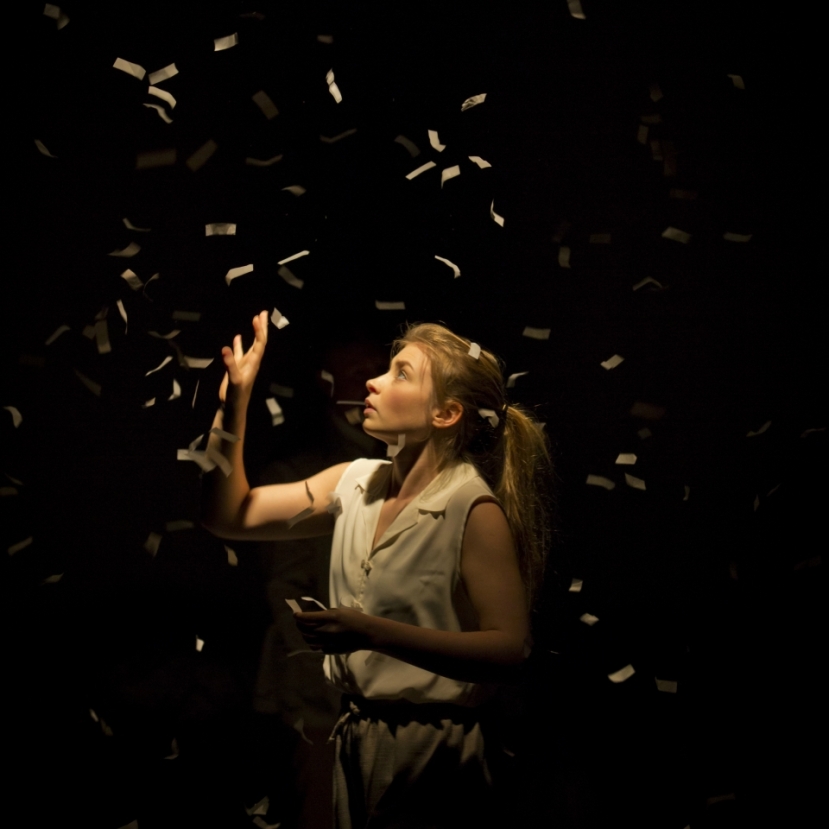 We had the chance to talk to Dan Colley of Collapsing Horse. Dan directs their new production ‘The Aeneid’ for the Tiger Dublin Frince. We asked him about puppets, collaborations and also his tips for the Fringe. You can see the results below.

First and foremost, one of the things I love most about Collapsing Horse is the use of our furry friends. Will there be puppets in this production?

There will certainly be puppetry, but I don’t know how furry they’ll be! Whether we intend to or not we always end up using puppetry in some form or other. If you leave some paper or a bit of cloth around the rehearsal room, chances are, someone will pick it up, bring it to life and we’ll all just fall in love with it and it’ll end up in the show.

Are you ever worried that the use of puppets makes people think your work is only for kids?

Well sometimes we do actually make work for young people. We make particular shows for particular age groups. Human Child for example was for 7 – 10 year olds, our new piece Conor will be for 4 – 6 year olds, but of course, people of all ages come anyway and really enjoy it.  I’ve been that guy myself at the kids show, laughing louder than anyone else in the audience and the kids turn around like “who’s that guy?”. So when it comes to The Aeneid, which is not aimed at children, I like the idea that people come along expecting to experience child-like wonder. I like that people sit down in the theatre and think “these guys make really good work for children” and lean in a bit. Whatever else you might say about our generation, I think we are healthily in touch with our inner child. We’ll happily go and see the latest Pixar movie in the cinema, and we don’t need a little cousin to come as a cover story. I think we should create a healthy discourse between the generations and bringing them together to experience art is a way to do it.  We can learn from each other. 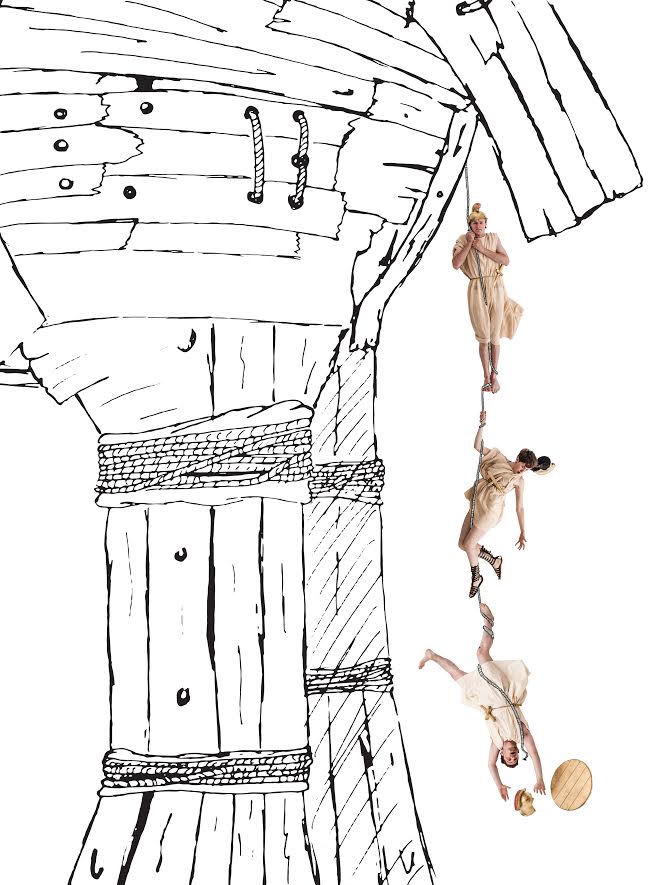 There is no writing credit on the work, it is instead described as ‘by Collapsing Horse’. Has it been a collaborative affair? How does this work?

Yeah we work as a devising ensemble. In this case, I’ve come to the company with an overall idea – to do some kind of stage adaptation of The Aeneid – and we’ve tested that out, played around in the rehearsal room, talked about it. We had a work-in-progress showing in the Dublin Theatre Festival and Civic Theatre two years ago. Then I came back with an overall structure of the piece – what’s going to happen, where we have to “get to” with it, and why we are going there. Then we’ll come together in the rehearsal room and figure out the minor details of how we do it. Of course, we’ll always have the original Virgil to fall back on. Well, a translation of it anyway. I love this way of working, not least because I can’t sit in front of a blank page and write a script – that’s just not my talent. But also because it means the piece gets physically fused with the people who make it. You can’t tell where the actor begins and the character ends, or where the production ends the script begins. It means it takes on a quality whereby the very people in front of you are creating this illusion, and it’s them who are taking you by the hand and saying “let me show you something”.

From the description, it sounds like the work draws parallels between the original setting and modern Ireland. Is that the aim?

I mean, there won’t be tricolours or Citizen Army uniforms but we are telling a story about a myth as the official origin story of a state, so there’s something to be said about Ireland in 2016, certainly. But I think its resonances are wider than that. We always understand ourselves in terms of stories – whether it’s in the history we’re taught in school, or the origin story of our own families, or the stories we tell about ourselves every day. I wanted to make a piece that was thrilling and captivating, but which also raised questions about what that thrilling captivation can be used for.

What else are you looking forward to in the Festival? Will you get to see much else, or will you be too busy with your own work?

We’ll see if I get out of our own show but if I do I’d love to catch Riot by Thisispopbaby and Gays Against the Free State by Oisín McKenna.

The Company seems to have a lot on at the moment, with ‘Bears In Space’ in New York, as well as the Aeneid. What’s next for Collapsing Horse?

We’ve got a lot of exciting projects on at the moment including a new comedy by Eoghan Quinn (Monster/Clock and Bears in Space) in the works. In 2017 we’re going to be Artistic Directors of the Kilkenny Cat Laughs Festival so that’s a really large programming job coming up. Our big goal is to create a repertoire company of performers working together for half the year, developing new work, touring old work and putting on spontaneous, quickly produced performances. Funding that sort of way of working isn’t very dependable, so we’re inviting people to become Collapsing Horse members so that if that’s the sort of work they want to see – live, lithe ensemble-based work – they can support us annually and that puts them in line for all sorts of first-looks, engagements with the company and tokens of our appreciation.