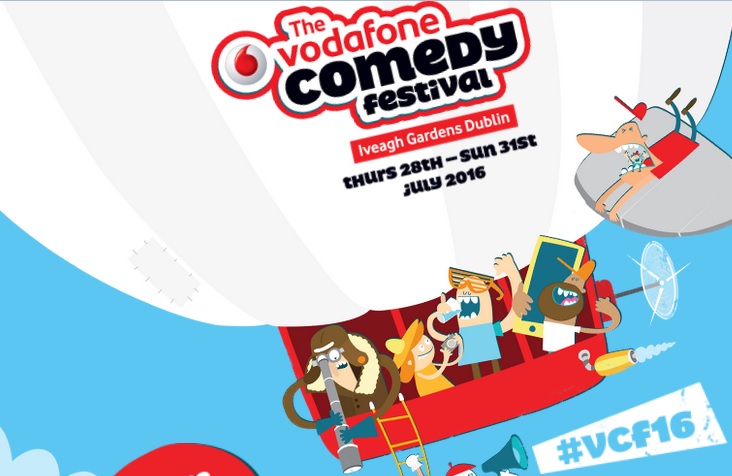 The Vodafone Comedy Festival returns for its tenth year with an impressive line up of home grown talent as well as popular acts from the American and English comedy circuits. The diverse selection will be sure to leave comedy fans spoiled for choice.

Some of the big American names include Bill Burr (Breaking Bad, F is for Family), Joe DeRosa (Better Call Saul) and Sasheer Zamata (Saturday Night Live). Jake Hurwitz and Amir Blumenfield of CollegeHumor will be bringing their comedy advice podcast “If I Were You” to Dublin for a live recording. Dan Soder, Rory Scovel, Annie Lederman, Ian Edwards, Chris Gethard and Jay Larson will also be crossing the pond to perform for us. Brothers Aidan and Des Bishop, familiar to Irish audiences and considered two of our own, will also appear at the festival. Other visitors include the Canadian Stewart Francis, the French Marcel Lucont and Danish Sophie Hagan. Milton Jones, Sara Pascoe and Adam Buxton will perform a David Bowie themed show.

Vodafone have prepared a festival sure to feed our seemingly ever growing appetite for stand up comedy, successfully promoting Irish talent as well as introducing us to some international acts. It will take place in the Iveagh Gardens from Thursday, the 28th of July to Sunday, the 31st and a full programme is now available on the Vodafone Comedy Festival website.

The Kilkenny Rhythm and Roots Festival –

Bealtaine – All through May