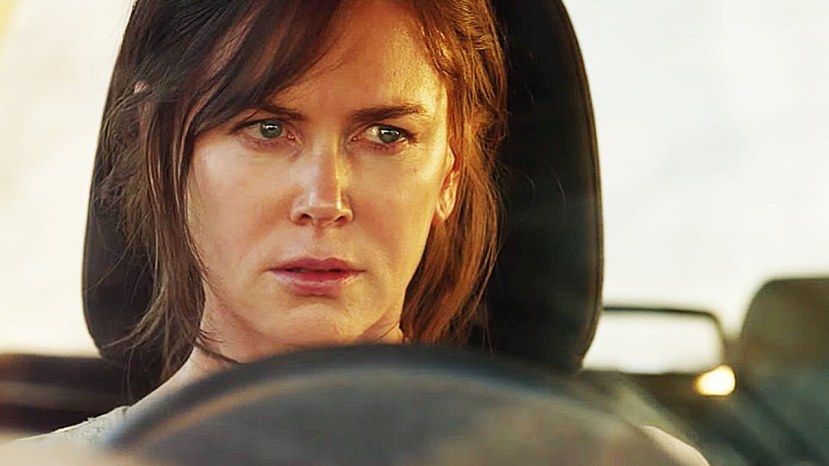 Strangerland is the new film focusing on the disappearance of two children in the Australian Outback. Starring Nicole Kidman and Joseph Fiennes, the traumatic event forces the two parents to examine themselves and the suffocating environment they find themselves living. Andrew Darley spoke to Irish director and writer, Michael Kinirons, about co-writing the script and what he has learned from the project.

The foundations of this script were written following conversations between writer Fiona Seres and director Kim Farrant. What stage was the script at when they contacted you?

Kim and Fiona had a script done but couldn’t get it off the ground in the Australian system. Kim met Irish producer Macdara Kelleher in 2011, she pitched it to him to get it resurrected and he thought the script was in the same spirit of the work I’d been doing. Fiona felt she had brought it as far it could go and they were looking for a new writer. I was commissioned to make it my own and bring it forward. It took a year and a half to get the script to where it exists now.

How did it develop when you came on board?

Well the story was all there with the family and children going missing. It was about making those characters real and fleshing them out. I suppose I got to the endpoint but in a different fashion. I rooted the story much more in Australia – the relationship with the aboriginals and expanding on its mystery-thriller elements.  There was something very strong in the original script and I could see where it could go.

Is the land in which it’s set almost like a character within the story?

That was one of the strongest points for me – not only in terms of plot but creating the tension between the characters and the landscape they’re in. They don’t quite fit in and there is a hostility and anxiety there, which ties in with the history of that space. The land has a presence that is quite menacing.

With the dead heat and the dust-storm, there’s a sense that they are being suffocated by their own circumstances. How did you reflect that in the dialogue?

The dust-storm reflects all the secrets they hold from each other and even themselves. As it passes, things are slowly revealed and the truths come out. I wanted to write something that had the tension of life and death for these kids, but I was also wanted to capture how these people had become strangers to each other and themselves.

A key focus lies in how the characters express or repress their sexual impulses. What do you think the film says of human desire?

Again, it’s about confronting ourselves. Both parents repress themselves and then the father can’t express his other emotions, except through anger and violence. Catherine once had this freedom but is kind of shut down now.  Ireland knows more than anyone the dangers associated with sexual repression. We want this film to be about the opening up of relationships and seeing them communicate how they feel openly and with truth.

For the missing children plotline, were there any real-life cases you looked to for reference?

We didn’t base it on any particular people. When any loved one is missing and they haven’t been found, there is always hope there. But they’re left in this prison of uncertainty and I think that is very evident in this. Kids going missing and disappearing in the Outback is such a primal story of Australian history.

What has working on this film taught you? Were you ever intimidated by the scope of the project?

I learned a massive amount. I got to work closely with amazing actors. It’s a bit surreal because you’ve seen their movies so you feel you know them. On a film, you’re in a room together and you’re there to do a job. Through that, you get to know each other. They’re just people and they’re very willing to roll up their sleeves. I have found the higher the level you go up, the people become nicer. They may have different types of insecurities but they’re more comfortable in themselves. At a lower level, people are willing to climb over each other to get where they want. It was great to see that and it gave me confidence to know I could swim in those kind of waters. This was the first time of just being the screenwriter and it’s different not having a sense of editorial control. When you work in a small industry like Ireland you have to have a lot of talent and tenacity so I’m hoping this may offer more opportunity in the future.

What are you working on next?

I’m working on a Danish film, Watch The Sun Disappear, which is about two Danish explorers who get lost and have to endure the polar conditions. I’ve just finished my first directorial feature, No More Shall We Part, which is about a grieving mother who believes there’s a nefarious explanation to her son’s death. It’s a psychological mystery-thriller. I seem to be drawn to those elements. Writing is hard and lonely, I feel a lot more comfortable directing. The writing side took over for a while so it’s about getting back to my stuff now.
Strangerland is out now.