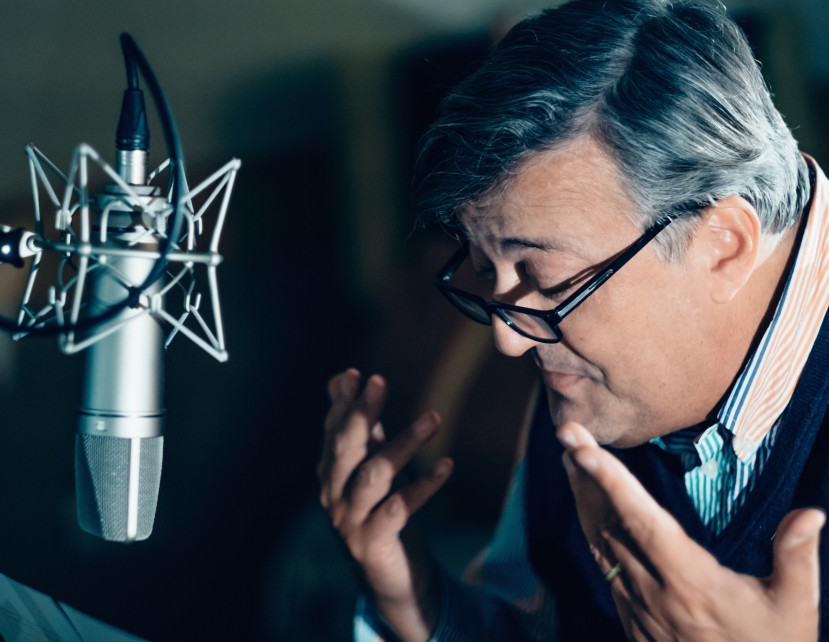 Sherlock Holmes has a new rival in town. No, not Professor Moriarity. This one was created by Ernest Bramah in 1914 and is called Max Carrados. Like Sherlock, Max seems to have an encyclopedic knowledge about the most extraordinary things and he solves most of the mysteries with which he is faced from the comfort of his armchair. But although Max’s success rate is every bit as good as Sir Arthur Conan Doyle’s creation, he is working under one big disadvantage: Max is completely blind! So put that in your pipe, Sherlock, and smoke it!

Audible has released a taster audiobook consisting of two short stories featuring Max Carrados with the promise that a longer collection will be forthcoming early in 2016. Stephen Fry is a great choice as reader. His natural urbanity and slightly superior tone perfectly match the detective whose adventures he is retelling. Carrados likes not only to solve his mysteries but also, one suspects, like the narrator, to impress those around him with his brilliant intellect and superior talents, especially his sidekick and old school friend, Louis Carlyle, a private investigator, who is to him as Dr. Watson is to Sherlock Holmes.

If the stories lack the busy action of some of Conan Doyle’s, they make up for it in the wry wit of the author. As well as creating Max Carrados, Bramah achieved great success with his humorous stories of Kai Lung, a Chinese storyteller whose convoluted and over ornamented English led to endless complications. That same tongue-in-cheek humour is very obvious here and adds a lot of interest to what might otherwise be a staid and old-fashioned story.

As with many British writers of his time there is a certain xenophobic element to Bramah’s stories. If a non British character is introduced you can be sure that before long he will be revealed, if not as a criminal, at least as incompetent or untrustworthy. In The Game Played in the Dark, the longer of the two stories in this audiobook, we are told of one of the main characters, Guido,“he was a foreigner: worse, an Italian” and it is no surprise that before long he and his “foreign” co-conspirators come to a sticky end!

The other story available here is The Coin of Dionysius and it is the one that first introduced readers to Max Carrados. In it all of his remarkable skills of deduction are revealed and the case he is presented with is solved without him having to leave his living room.

For lovers of classic mysteries this audiobook will be a real treat and having Stephen Fry as reader adds greatly to the pleasure. It is good to see Audible producing works by long forgotten authors who were hugely popular in their day and which very much deserve to be heard again. If this standard is maintained and one can only look forward to enjoying a lot more in the future.