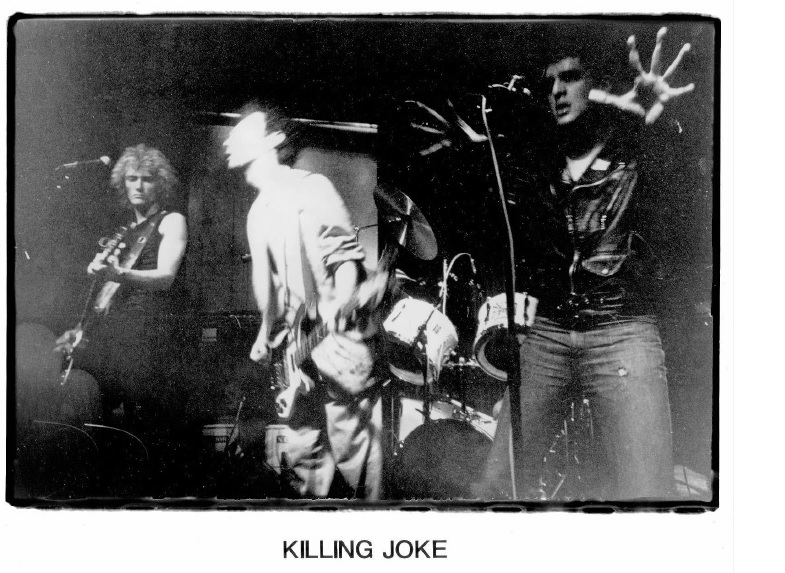 The Killing Joke are one of the most important bands of the early 80s and are seen as a key influence on many modern Industrial rock bands. They formed in Notting Hill, London in 1978 and recorded their first album in 1980, before going on to record another 13 albums. They are still recording to this day, with their new album Plyon being released shortly.

This book catches them on the verge of fame, with a collection of photos from their live performances, photo shoots, and recording sessions all taken in 1979. The book has a short introduction before focusing on the images of band themselves.

You can find out more details on the book here.

After the release of the first EP “Turn to Red” things were beginning to kick off for Killing Joke. This book consists of photographs taken in the autumn of 1979 of gigs at:

With the KJ’s there are as many claims of true stories as there are people who knew them, so I’m not offering any narrative but I can still see some sense of the excitement of those times.