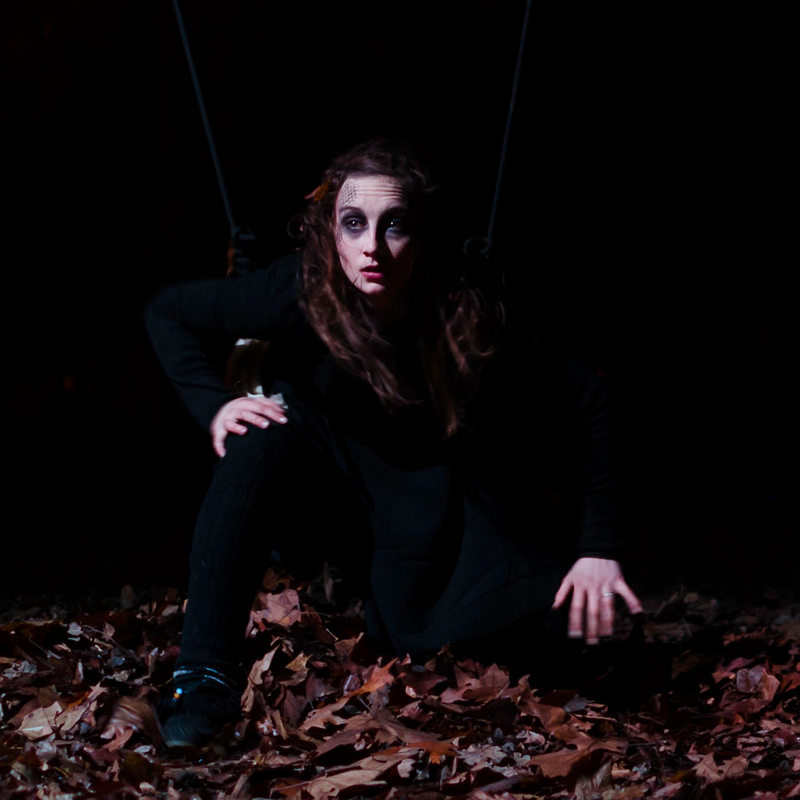 Behind the Dark – Phoenix Park – Review by Frances Winston

So many pieces in Fringe are described as unique theatrical experiences that the true meaning of the phrase becomes somewhat diluted. This is unfortunate as it could have been invented to describe this show from new dance collective Loosysmokes, which takes place in the middle of the night in the Phoenix Park. Yes, you read that correctly. A bus meets you at the Parkgate Street entrance to the park and drives you into the heart of it. There you are met by three people with torches whom you follow into the woods. This is the setting for the show.

Before it even begins there is a sense of tension. Despite the fact that you are in a large group there is something very disconcerting about being led into dark woodland at night. Even though you know you are going to see a performance there is still a sense of tension and trying to navigate your way past rogue tree roots and various lumps and bumps in the ground by dim torchlight does nothing to ease this.

When you reach the performance area you are directed where to stand and suddenly you are exposed to all kinds of acrobatics and aerial stunts accompanied by an eerie pulsating original soundtrack and sparse atmospheric lighting. To describe the sequences would be to destroy the marvel for those yet to see it. Suffice to say with figures dangling from trees, bodies contorting more than you would think humanly possible and a dimly lit setting it is almost like being in some sorted of twisted horror movie. With the torchbearers moving you around in the dark to each viewing point there is a sense of claustrophobia and danger as the performers take to the trees with no nets or harnesses using just their own skills and self-assurance for safety.

When it ends you are marched back out through the woods to the same point you were dropped off and emerging from the trees is like coming up for air after too long underwater. Coming back into the “real world” makes you question what you’ve just seen and ponder how disturbing it really was. This is a must see piece. Even if you don’t favour dance or acrobatics the various elements that combine to make this show afford the audience a remarkable experience. The narrative is loose but the performances are wonderful and it is what can only be described as a spectacle. It gets you on a primitive visceral level as well as intellectually and the sense of dread instilled by the location will stay with you for some time.

Just a word of warning – if you are in any way infirm or have issues walking you will probably have difficulty getting to the setting. Also the ground is uneven so flat shoes are a must. And a warm jacket as you will be standing around for a while. However, this is worth making the effort for as it is an experience rather than just a show.

Behind the Dark – Phoenix Park