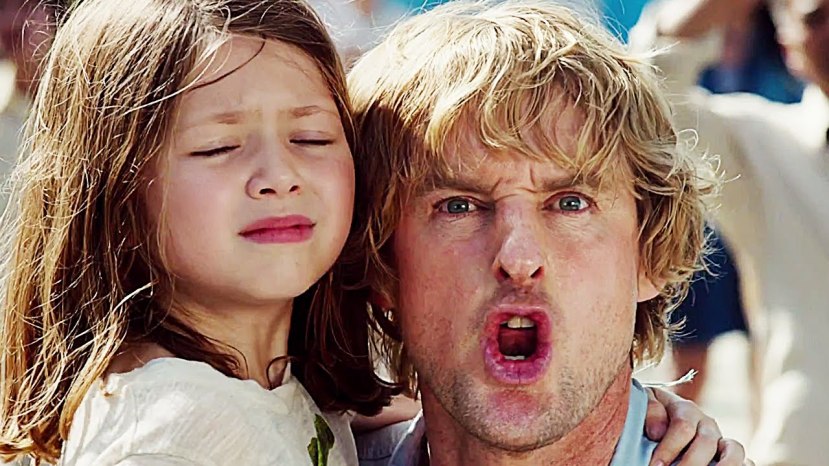 From a brief glance; No Escape looks like it could be yet another disaster film. Jack Dwyer (Owen Wilson) moves to an unidentified country in South East Asia for a new job with a multi national company, along with his wife Annie (Lake Bell), and two daughters; but before they’ve had time to unpack their bags, a coup has ripped through the country, and the rebel forces begin systematically killing westerners. The Dwyer family are quickly forced to go on the run, first finding refuge on the roof (in an extraordinarily tense scene); then venturing out into the wilderness of the ruined city in an attempt to stay ‘10 steps’ ahead of the mob, with the help of boozy womaniser turned undercover agent Hammond (Pierce Brosnan).

Though the film is much more ‘Blockbuster’ than the ‘Thriller’ it might hope to be, the real success of the film is its normalcy. Wilson and Bell are entirely believable as a regular American couple caught in irregular circumstances, and director John Erick Dowdle ensures that intimate family moments are not lost in the action: Their youngest daughter worries more about where to go to the loo than about the threat of being found; and unlike other films where the ‘average joe’ suddenly turns into Action Man, each fall looks genuinely painful, and all the family members have moments of mental defeat.

There has been some criticism of No Escape’s seemingly anti-foreign sentiment, particularly in relation to the unflinching barbarity of the murderous hoard, and there’s no doubt that many of the local characters portrayed stick firmly to dog eating stereotypes (this is not going to encourage Americans to holiday abroad!). However, in a not entirely successful piece of exposition; it is made clear that really the West is to blame, as control of the country’s water has been given to US and British companies under the guise of ‘development’.

Overall, No Escape may not be successful as a complex political thriller: At times it feels too long, and parts of the script leaned toward B-Movie territory; but it remains entertaining. The film is raised by Léo Hinstin’s visually stunning cinematography, and the action has enough exciting moments to keep things moving right up to the end.