Me and Earl and the Dying Girl – Film Review 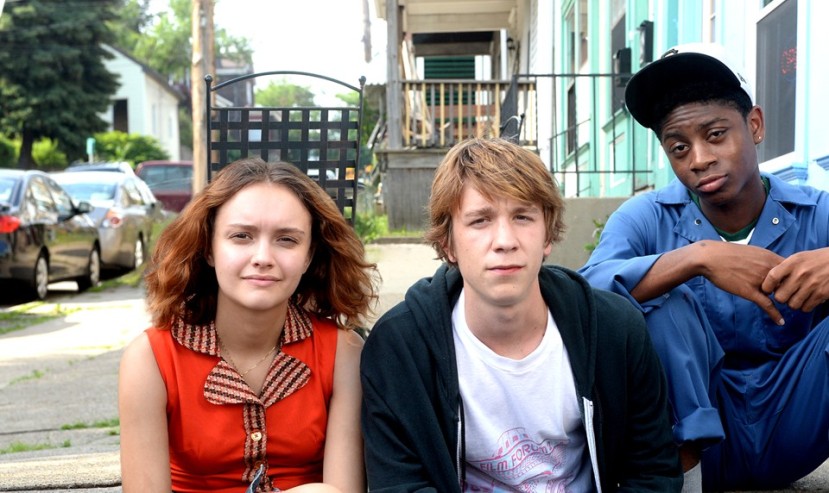 In an age of cinema rife with mentions of ‘Coming of Age Drama’, and ‘Young Adult Novel’; neither term fills one with anticipation. Refreshingly, Me and Earl and the Dying Girl avoids all the usual melodramatic pitfalls, to create a film that is genuinely heartfelt and entertaining.

Greg (Thomas Mann) is the unlikely hero of the piece, manoeuvring his way through High School by becoming acquainted (but not too familiar) with each subculture of student life, from the jocks to weedy rap fan ‘Ill Phil’. In fact, he is so determined to remain at a polite distance, that he calls his best friend Earl (a brilliant, if underused RJ Cyler), his ‘co-worker’. Introduced to bizarre foreign films at a young age by Greg’s father (Nick Offerman), their only real interest lies in making budget spoofs of the films they love (including A Sockwork Orange, and 2.48pm Cowboy).

This delicate balancing act is upset in his final year, however, when his mother forces him to spend time with Rachel (Olivia Cooke), a girl in his class who has just been diagnosed with Leukaemia. After admitting that this was the reason for his visiting, an unlikely friendship forms.

With an excellent cast and suitably flawed characters, Alfonso Gomez-Rejon’s film is refreshingly humorous, while not shying away from the heavy subject matter. Even the supporting characters, from their genuinely cool history teacher Mr McCarthy (Jon Bernthal) to Rachel’s Mother Denise (Molly Shannon) who is only just holding it together with a glass of wine and a slightly over-familiar tone; all seem well-rounded enough to be the stars of their own films.

There are moments when the trendy camera moves, chapter headings, and self-deprecating narration lean a bit too close to hipster territory. However, this is saved by an effortlessly cool soundtrack by Brian Eno and Nico Muhly; paired with the bizarre genius we see both in Greg and Earl’s films, and Gomez-Rejon’s stop-motion illustrations of Greg’s imagination. Overall, Indie hit Me and Earl and the Dying Girl has managed to find the balance between entertainment, and being emotional honesty. It is undoubtedly one to look out for when it hits cinemas on Friday 4th.