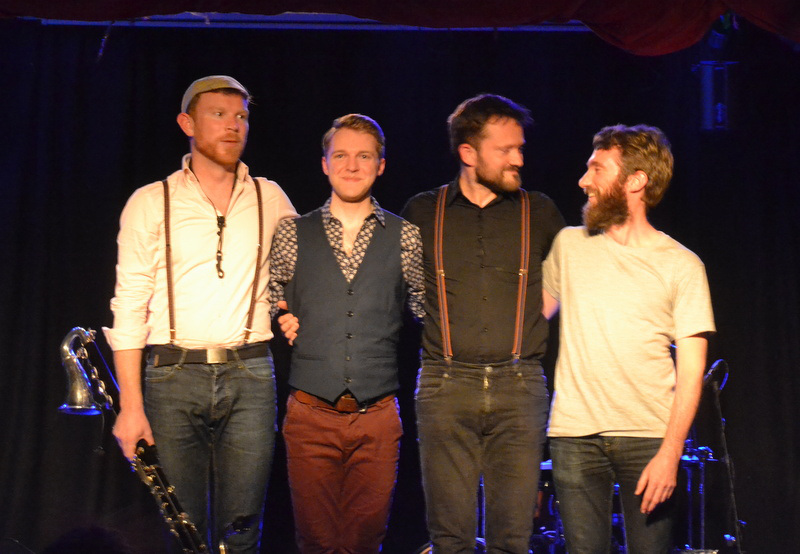 The National Concert Hall have just announced a short festival that aims to pay tribute to Pete Seeger, called Tradition Now! This series of concerts will feature a lot of our favourites, including Sam Amidon, This is How we Fly, Caoimhín O Raghallaigh and a few new names such as Hazelius Hedin. Tickets go on sale this Wednesday.

TRADITION NOW – Concert Schedule – Irish Scandinavian collaboration This is How we Fly & and Dublin based Lynched
19 September 8pm at Pepper Canister Church – Tickets: €15

Ceol le Chéile: an interactive traditional concert for all the family
(19th September 11am & 12:30pm)
Tickets €10 Family Ticket €37 (Family of four with at least one child)
10% discount for young maestros

Tickets on Sale Wednesday 8 July from 10am

The National Concert Hall, in partnership with the Arts Council, presents Tradition Now 2015; a festival of the most exciting new traditional music and its international connections. The festival celebrates Pete Seeger and features some of Ireland’s most adventurous traditional musicians and their international collaborators and colleagues from America and Scandinavia.

One of the highlights of the Tradition Now weekend is a special Tribute to Pete Seeger (20 September 8pm NCH MA) in which the respected singer, folk-song collector and song writer who spear-headed an American folk revival will be celebrated. Artists from the traditional, folk and rock worlds gather together from both sides of the Atlantic – Sam Amidon, Paul Noonan, Lisa O’Neill, Mairéad Ní Mhaonaigh, Lynched, Tommy Sands, Voice Squad, and Thomas Bartlett aka Doveman – to honour Seeger and the music he championed in this one-night-only event.

The Tradition Now weekend opens, on 19 September at 8pm at the Pepper Canister Church with two of Ireland’s most exciting groups in a very special double-bill – the sublime and charming Irish Scandinavian collaboration This is How We Fly and Dublin based Lynched who breathed new life into traditional and folk song. This Is How We Fly are Caoimhín Ó Raghallaigh, Petter Berndalen, Nic Gareiss and Seán Mac Erlaine; four musicians, each of them rooted in different cultures and musical vocabularies, each on the cusp of their most fertile and creative years.

On 20 September at 1pm,  the all-male choir from the small Gaeltacht area of Cúil Aodha in West Cork founded by Seán Ó’Ríada, entitled Cór Cúil Aodha will be led on stage by Sean’s son Peadar Ó Riada as they celebrate traditional music and song on the National Concert Hall stage with the well-known and respected singer Seán Ó Sé.

A new collaboration between two hugely acclaimed artists sees viol player Garth Knox and hardanger innovator Caoimhín O Raghallaigh come together for the first time on 20 September at 3pm in the University Church St. Stephen’s Green, to explore medieval music and their own soundscapes. A master hardanger player and one of the leading lights of Scandinavian music Nils Okland from Norway will also perform.

Swedish music and song takes centre stage in a recital at the National Concert Hall on 20th September at 5pm by the duo Hazelius Hedin, who has searched all over Sweden for their repertoire which includes everything from medieval ballads, sailor songs, love ballads and instrumental dance tunes.

The National Concert Hall is delighted to present Ceol le Chéile: an interactive traditional concert for all the family on 19 September at 11am and 12.30pm. Lynda O’Connor and friends present an energetic session of familiar Irish traditional tunes, suitable for all the family for this interactive family concert, where families will learn about traditional instruments such as the fiddle, bodhrán, and accordion while enjoying a few jigs and reels. There will also be a chance to join in with the musicians.

Presented by the National Concert Hall in partnership with the Arts Council.