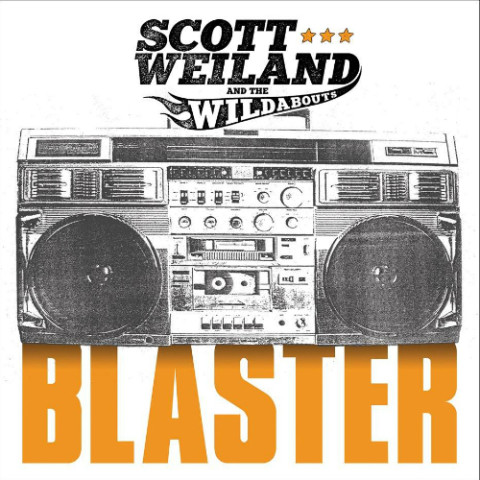 Scott Weiland, formerly of Stone Temple Pilots and Velvet Revolver has had a somewhat ‘chequered’ career. The Stone Temple Pilots were arguably one of the most underrated bands of the so-called grunge era. Though many considered them not part of it due to geography, they played a fine line in heavy pop tunes throughout the nineties, while frontman Weiland battled his chemical demons. Alas, the 21st century has not been a kind one. His former band finally lost patience with their singer, replacing him a year or so ago, leaving Weiland to team up with the Wildabouts (WEILdabouts??).

The resulting album is a very self-consciously rockist one, and is somewhat patchy. Modzilla has a grinding riff and plenty of attitude but not a whole lot of melody, save for a classic Weiland-style chorus. In fact one of the better things about this album is that Scott Weiland sings a LOT better than on 2010’s disappointing Stone Temple Pilots reunion album. Many of the songs are indeed, rather ordinary such as Way She Moves and Hotel Rio but are saved by a soaring chorus. It’s a fairly varied collection, Amethyst barrels along heavily in a Velvet Revolver type way, while Blue Eyes has a breezy, relaxed feel about it, sounding pretty good while playing yet leaving little impression.

White Lightning represents something of a misstep, in that it’s sounds like Bowie’s The Jean Genie mixed with The Doors’ Roadhouse Blues, and that’s no more interesting than that sounds. (Strangely, The Jean Genie is listed as a bonus track, but not found on your reviewer’s copy). Later, the band try their hand at T Rex’s 20th Century Boy which comes across as mere karaoke i.e. fairly pointless unless you are there witnessing the performance, punctuated, like many of the tracks with some self-consciously ‘rock’ yelps from Weiland. And Bleed Out will resonate a little TOO much with anyone familiar with Nirvana’s Stay Away. Circles is a countrified acoustic ballad unlike the type of material generally associated with Weiland and his former bands.

Ultimately while this album tries hard, there’s no real character or angle to it, it’s not heavy like his former band efforts, or arty like his earlier solo material. The result is there is little here to warrant returning to it for deeper listening. Without any real standout tracks, this album, and Weiland himself struggles for relevance in 2015.