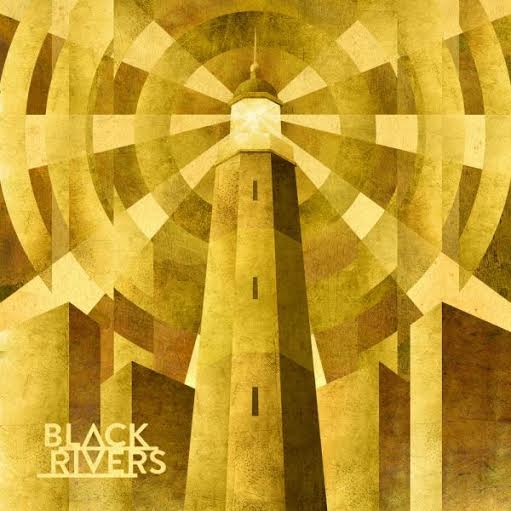 Black Rivers is the new project by Jez and Andy Williams from Doves. From opening track Diamond Days onwards, it’s very much in the mouid of their ‘parent’ band but with the addition of some fairly insipid vocals. The Ship is more interesting, the band adding Portishead-evoking electronics to what would otherwise be standard-issue indie, which lifts the track to a pretty decent level.

The Forest is a fairly good example of the problem with this album. On a Doves album, with Jimi Goodwin on lead vocals, this would probably be a standout. Unfortunately on this album Williams’ vocals keep the track firmly earthbound. Other tracks such as Harbour Lights and Voyager 1 are perfectly pleasant but a little dull, drifting by making little impression. The Wind That Shakes The Barley does make an impression, but for the wrong reasons. The track simply doesn’t work, clunky samples clashing with some pretty uninspiring lyrics, while later Age of Innocence has little to offer other than a faster pace than the rest of the album.

Belatedly, towards the end of the album things pick up considerably. Coral Sea boasts the finest melody here, the kind of relaxed guitar shuffle Radiohead used to toss out effortlessly in their less pretentious moments. The final track, Deep Rivers Run Quiet is another thing entirely. The busy instrumentation of the previous nine tracks is completely sidelined, replaced by sparse, almost warped piano, along the lines of late period Talk Talk. The Williams brothers sound soulful and urgent here, pity they didn’t take more risks, as the most successful parts of the album are when they stray from Doves’ tried and trusted sound. Otherwise, it seems like a rather wingless bird.