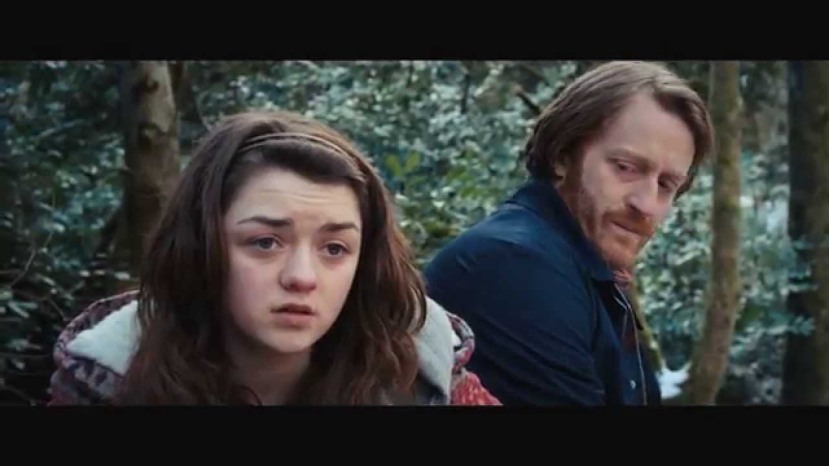 Ray (David Wilmot) in his early forties has achieved little in his life apart from fathering a daughter Abbie (Maisie Williams). He has been estranged from her and her mother, Alice, (Kerry Condon) for about ten years arising from certain mental issues which he had. Abbie is a budding young athlete coached by Alice’s current partner Frank (James Nesbitt). Frank is obsessional about his theory of running which he believes will transform athletic performance and has made a video to promote it. He is investing a lot of his own frustrated ambitions in Abbie’s fine ability as a runner.

He and Ray have past history, as he was Ray’s PE teacher in a long distant past. Out of the blue Ray enters into the relatively settled world of Abbie, Frank and Alice. His reason for so doing is to reacquaint himself with his daughter Abbie. However he brings little with him and his arrival is not welcome in what is a relatively quiet conventional household. As a result of Ray’s unwanted presence things begin to go wrong for Abbie, Frank and Alice and the relationships between them.

There is a quiet comic element underlying the piece proclaimed by Ray driving his ancient car around with a sofa tied to the roof which he rescued from a vacant lot. It is a bizarre image in a leafy suburb and Ray too is a misfit in the suburban security of Frank and Alice. While Wilmot and Williams give convincing performances as Ray and Abbie, the character of Frank is far too one dimensional for Nesbitt to make much of. Niall Heery, whose Small Engine Repair was met with critical acclaim in 2006, shows the limitations of daily life which surround Abbie, Frank and Alice. He also has some beautiful earlymorning misty shots of Abbie running through fine parkland. It is a gentle piece notwithstanding one or two moments of high hospital drama. Feel good comes to mind.