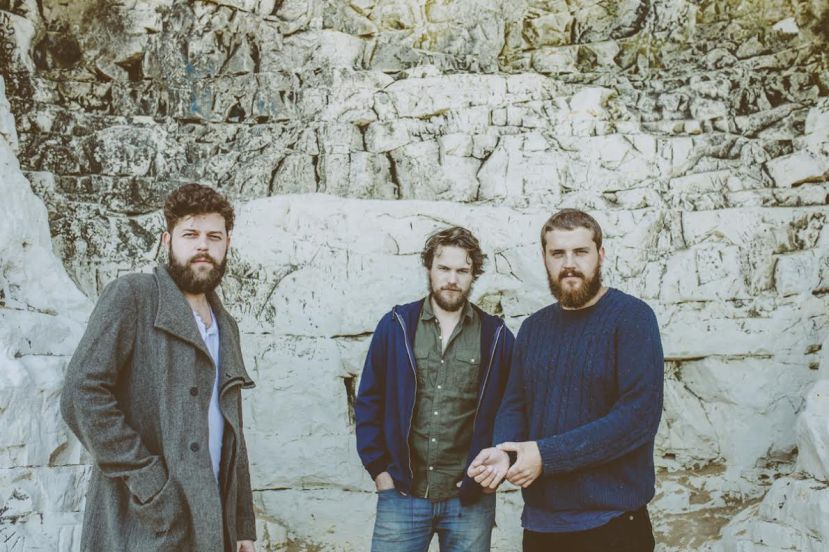 Looking a little further ahead, Bear’s Den return to Dublin for a show in the Workman’s Club in February of next year! Ok, it feels a long time away now, but it’ll be Christmas before you know it. Full details are below.

Tickets €14 incl. booking fee are on sale this Friday at 9am.

Ahead of the release of their debut album Islands, Bear’s Den have announced a headline date at the Workman’s Club. Andrew Davie, Joey Haynes and Kevin Jones – Bear’s Den to an ever-growing army of fans – formed a band in 2012. Two short years has seen euphoric word of mouth take them from early days of sofa surfing gigs via touring across Europe and North America to selling out their own 1500 capacity London headline show in May this year. All the while, their music has evolved into something spellbinding and beautiful; a gorgeous, enveloping sound driven by the steady hum of acoustic instruments and Andrew’s haunted voice delivering “lyrically sincere and emotionally raw songs” (New York Times) that are “as timeless as heartache” (MTV). Arriving this autumn, October 17th their debut album Islands is astonishing – a record that perfectly marks the point where a band goes from best kept secret to new favourite band. Released on Communion, Islands follows the band’s EPs Without/Within and Agape and their hugely acclaimed recent single Elysium (a track that came coupled with Marcus Haney’s remarkable short film). The album was produced by Ian Grimble (Manic Street Preachers/The 1975) at 2KHz Studio in North London.

Touring duties to date have seen them play everywhere from the Scottish Highlands to touring the U.S with Mumford & Sons. To mark the release of Islands, Bear’s Den play a series of intimate shows in key cities across Europe and an entire North American tour.