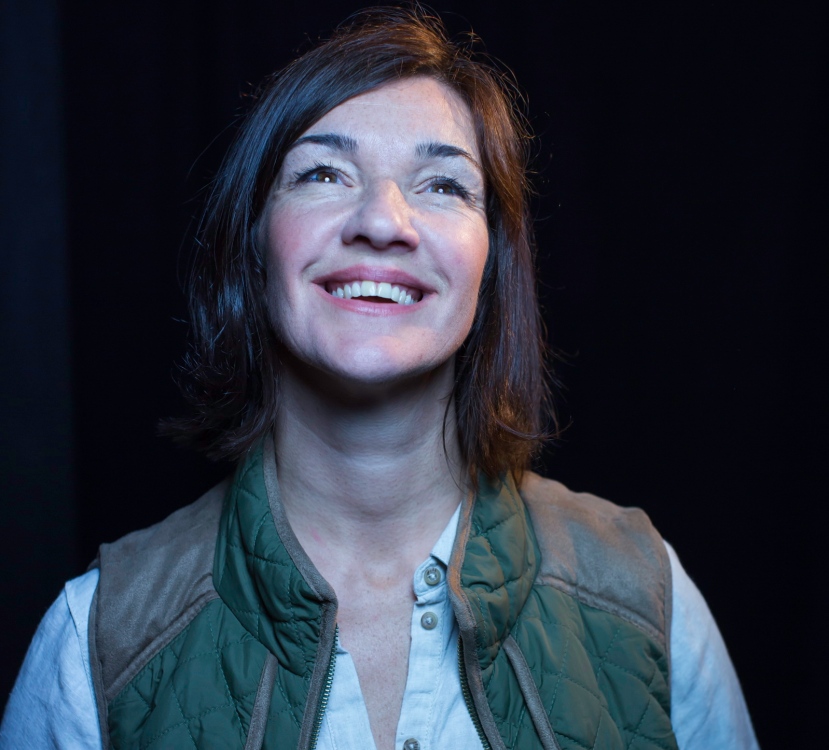 My name is Alice Devine by Shay Linehan

Alice had a home, a husband, two sons and all seemed fine. But financial problems hit as the economy crashes and her family world disintegrates. She has to face the world alone. There are many adjustments to be made including handling her own mental state. However she is a survivor and her story is one of upbeat self-determination with a few wobbles along the way.

Hilda Fay plays the title role in this one hander. The set contains a simple bench in the centre, on the left a small table on which there is some laundry and on the right a small table and chair. The back wall is covered with an enlarged photograph of coloured stones.

Fay gives an accomplished performance as Alice but she also creates effectively a young female bank official who had as much humanity as an ATM and a ban garda who was a human when policing Alice’s one woman demonstration outside her bank. The worlds of Joe Duffy and David McWilliams are nicely woven into the plot. Topics covered are familiar ones in contemporary Ireland- tightness of cash, depression, suicide, repossession and emigration but the sense that each person has a destiny which is in their own hands is forcefully proclaimed. Fay holds Alice’s life together with aplomb as she faces the world alone.

My Name is Alice Devine by Shay Linehan .