This looks an interesting production of Twelfth Night, and will appear in Dublin for one night only, on Tuesday 2nd of September. It’s from Purple Raincoat who are a Liverpool based theatre company.  You can find the full deetails on the Smock Alley web site here.

‘ONE of the fastest rising ensembles in the UK’ comes to Dublin in September with their award-winning take on Shakespeare’s Twelfth Night.

The company, whose past Shakeseparean work has been funded and supported by Stephen Fry and the Royal Shakespeare Company, have recently staged acclaimed productions of the classic Pinter play, The Caretaker, and much-loved farce, Noises Off, and are returning to Shakespeare as part of his 450th birthday celebrations.

‘We’ve been lucky enough in the past to play across the country: in Manchester, Stratford and London,’ says PurpleCoat’s Artistic Director, Karl Falconer, ‘but we’ve never gone on tour. And depending on how this turns out, we may never do again!’

The company plan on performing in a different venue, in a different city, every night for a week. As part of the tour, which includes stop offs in Bristol, Leeds, Birmingham, London and Liverpool, PurpleCoat bring the production to The Smock Alley Theatre on Tuesday 2nd September for one night only.

‘We’re really excited to be performing in Dublin,’ says Karl, ‘It’s a city we absolutely love; the energy and atmosphere is infectious: it makes us want to up our game. We’ve never had to get on a plane to do a performance before, so it’s my personal highlight of the whole tour.’

It’s a project that PurpleCoat have been considering for a while, which was postponed last summer after their short film, The Big Day, made the shortlist of the Virgin Media Shorts awards.

‘It was a fantastic opportunity’ adds Karl ‘and led to us working on a deal for our first feature film, which Matthew Kelly and Richard Wilson have both expressed interest in.

We’ve been booked to do the eight hour Angels in America in Edinburgh next year, started a Youth Theatre, and The Big Day was also shortlisted for The Manchester International Short Film Festival, so it’s been great to find time to finally bring this project to fruition.’

One of Shakespeare’s most ambitious and bittersweet comedies, Twelfth Night is a sprawling ensemble of love lost and found. The play received unprecedented success recently in an all male version staring Stephen Fry and Mark Rylance, which eventually transferred to Broadway, and the Liverpool Everyman chose the play for the inaugural season of its new building.

‘On the surface it’s a play where everyone is driven by the notion of “happily-ever- after”,’ says Karl, ‘almost to the exclusion of everything else. But what’s interesting is that no one has it. Everyone is desperately searching for this unattainable love, and in some ways that’s quite sad. An audience is definitely in for a rollercoaster when they see this play.’

After ambitious stagings of Titus Andronicus in 2011, 2012 and 2013, A Midsummer Night’s Dream set in India and Romeo and Juliet in Vegas, the rollercoaster is set for another ride with PurpleCoat’s take on Twelfth Night. 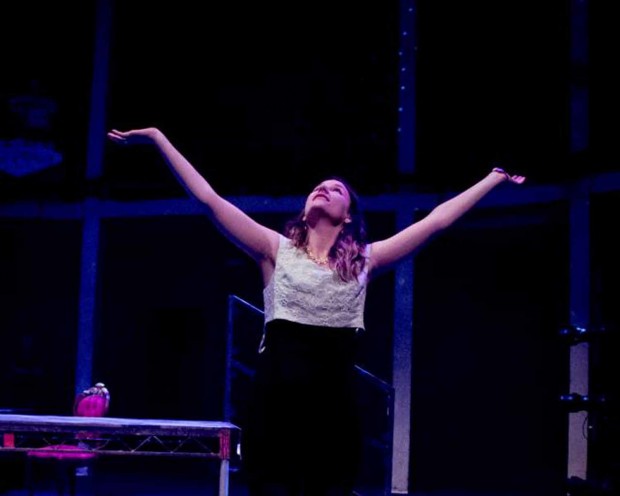